As far as I understand it, the idea is for everyone to write down a list of characters you’d expect to be in this story, just a couple of words for each (and perhaps private-message them to me rather then posting here so as not to influence other people). You should not pick a PC at this point. Once everyone’s lists are in, I’ll post a combined list, and you can then all choose PCs from that.

I have three characters to propose. Two of them might suit me… But I’m selfish that way.

THE HARMLESS OLD DUFFER: An elderly retired gentleman. He potters about and is seen as a kindly old chap. People think of him as a retired civil servant. Perhaps he is just that. Perhaps he had a more interesting life than that and shows interesting talents. When bad things happen people will look at him more suspiciously. He has lived in the district for many years and thought about leaving when he retired but decided not to leave his wife’s grave to go to weeds.

THE NEW VICAR: He is in his thirties, forties at most. He is unmarried and very sincere. Perhaps he is recovering from what he saw and did in the war. The First World War or perhaps the Spanish Civil War. He could be a premature anti-fascist or someone who thought he was defending Christian religion against the Communist hordes. Or there might be darker secrets.

THE SPINSTER: She is in her late forties, maybe fifties. A ‘surplus female’. She is devout and rather more so than the vicar. Everybody lost someone in the War: did she lose someone special?

(While I have absolutely no objection to paragraph-length descriptions, I think that what the rules are suggesting is shorter, perhaps 4-5 words at most.)

The widow: Raising her daughter as best she can.
The child: Father killed in the war, trying to help mother.
The patriot: Active old fellow, in the ARP.

The Shop Steward: Everyone might have to do their bit, but workers’ rights should not be cast aside.
The Postman/woman: Gets all the gossip on his/her rounds.
The coal delivery waggoneer: He and old Dobbin have been plodding these streets since before the last war. (Given the lifespan of a working horse, this is probably Old Dobbin the 4th).
The factory girl: doing a man’s job and loving it.
The orphan: Taken in by relatives who don’t really want them.
The sneak thief: Taking advantage of blackouts and air-raids.
The allotment manager: Dig for Victory is his/her mantra.

OK, from @WolfeRJ I had these:

Charlie - runs the local garage. Married its previous owner (a war widow) so not born to the neighborhood. A Cornish veteran of the first war. Widowed. Children off on service. An outsider type.

Harry - the publican. Neighborhood born and raised; may not have traveled more than ten miles. A natural patriarch type.

Janey - the publican’s savvy wife. London native but not from the neighborhood. Met Harry as she worked odd jobs through the town leaving something behind. A competent type with some mystery.

Dave - the publican’s son trying to avoid active service with the support of Janet and the puzzlement and sometimes exasperation of his father. A Bertie Wooster type.

Ethel - the local retail pharmacist. (Quick research here so I think it’s period but I’m missing local terminology for period and location.). Born in the neighborhood, left and came back educated. A suffragist. An outsider type but one who looks outside her circle and not inward.

So with these as possibilities, who’s missing? And does any of these (not necessarily your own) seem like someone you want to adopt as your PC? Players are encouraged to throw out suggestions regarding each other’s PCs too.

Oh, and the Vital Ingredient for any game set in London. I picture the setting as being somewhere in the Kilburn - Willesden Green sort of area. 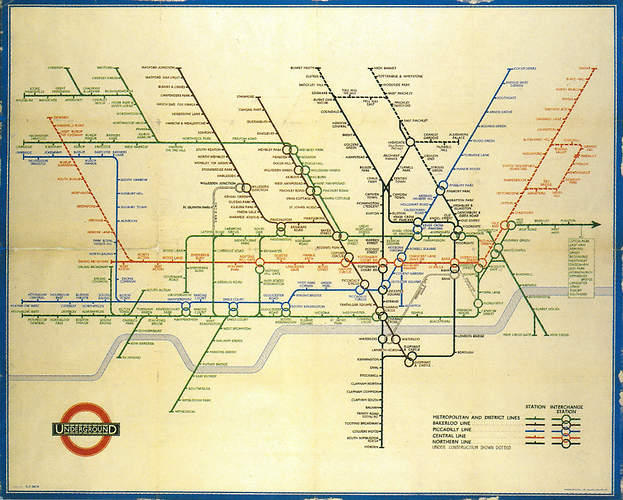 Here’s briefs of what I’ve sent to Roger. I too went too deep on my first messages.

Incidentally I think the period- and location-appropriate term is “dispensing chemist”. (The shop would probably have a small stock of common but mildly hazardous chemicals too, like glacial acetic acid.)

Kilburn is heavily Irish and working class. Willesden has gone from middle-class to working-class since the First World War brought industrial development, and is mixed factories and houses, cut across by railway viaducts. (Many of those factories are for munitions, so it’s a major bombing target during the Blitz.)

(My preference is for prejudice against the Irish and others to be a consideration, but not the major point of the story.)

I’d like to take the widow I proposed as a PC. She has obvious links to her daughter, and to whoever she’s found work with.

Presumably, able-bodied men of military age will need a reason why they haven’t been called up yet?

Yes. At this point the call-up is for men aged 18-41; exceptions are for medical reasons (which needn’t be obvious), and some reserved occupations. Best cut at a list I can find on a quick search is this:

(Ages are “anyone older than that can stay in their job rather than being called up”.)

Tea Taster and blender, tea taster and valuer
We made this a reserved occupation? I’m so proud to be British!

I know that list isn’t complete. The police were on it, for example, at least at first. Scientists of various sorts. But a full list is surprisingly hard to find.

I find myself still attached to the garage mechanic veteran who did not grow up in the neighborhood as a PC.

Some quick ciphering and I’d have him down as 46 years old at 1940 so out of immediate call-up.

Tea Taster and blender, tea taster and valuer
We made this a reserved occupation? I’m so proud to be British!

There’s not going to be very many of them. And if you call them up, the tastes of the major brands of tea will change, and people will grumble.

It was in 1942 that the British government bought up the world supply of tea.

OK, now that my Hugely Busy Week is over…

@WolfeRJ: has a preference for the garage mechanic veteran
@JGD: the widow raising a daughter
@DrBob, @MichaelCule - ?

You don’t need to pick a PC off your own list if one of the others seems more interesting.

The old guy who delivers the coal.

OK, expanding on your protagonist…

Longer descriptions are useful but we mostly have them already.

Common bond is probably from the premise, “values the neighbourhood”, but you might want to expand on that.

And you should think about an Issue for your protagonist, something that might lead to them making a bad decision, and two or three ways in which it might manifest (Impulses). Example Issues are things like Anger, Anxiety, Doubt, Guilt, Grief, etc. (and more than one character might have the same one); example Impulses (behaviours) are abrasive, aggressive, childish, closed-off, compulsive, controlling, cruel, dishonest, disloyal, impulsive, jealous, manipulative, reckless, ruthless, self-destructive, suspicious, timid, unsupportive, weak-willed, and those should be unique.