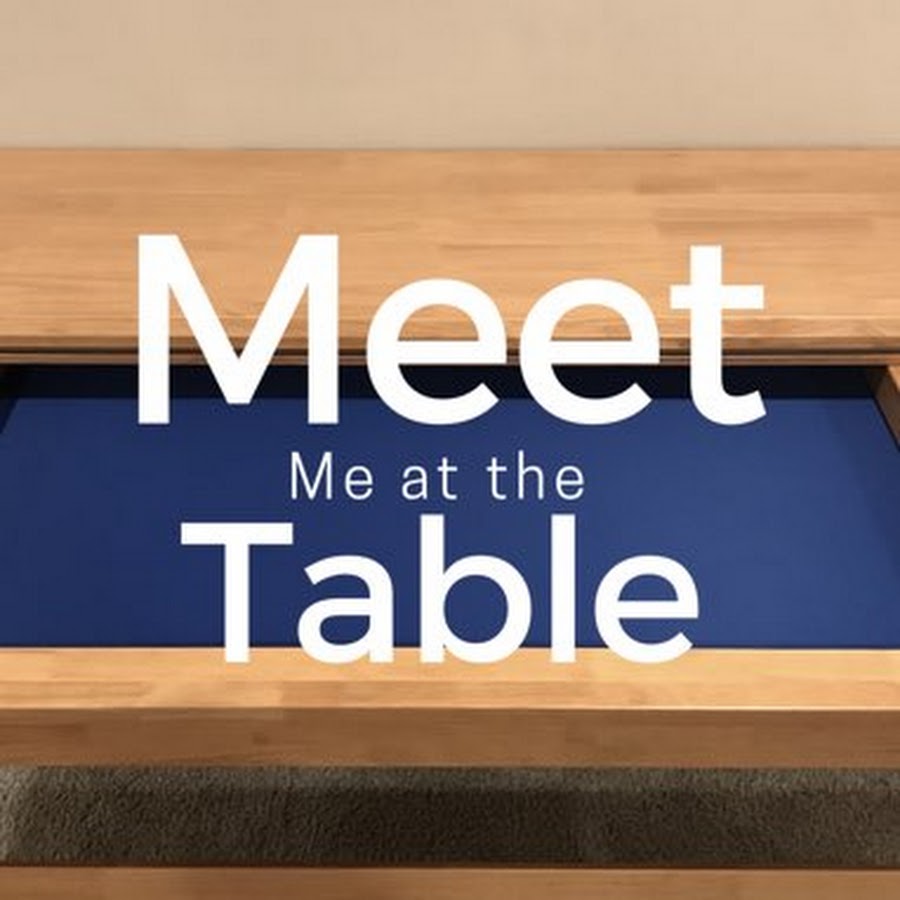 Meet Me At The Table

I love board games and want to bring the hobby to you. Meet me at the Table is a Board gaming channel dedicated to rules, play throughs, reviews, and unboxing videos. Also I do giveaways when subscription milestones are met. All videos are shot...

I’ve decided to try a solo play through of Kingdom Death Monster using TableTop Simulator. I’m Using the 1.5 Community edition. As mentioned elsewhere, this is also about me finally learning how to use Tabletop SImulator.

this is also about me finally learning how to use Tabletop SImulator.

Oh, I keep trying. I do! And I just don’t get it. And I really, really want to use TTS. But it just feels wrong. I want to roll those dice in the real world dammit!

(As do I, its the one element I have struggled with. Hopefully my real d10s arrive in the post today.)

Where did the last 16 days go? 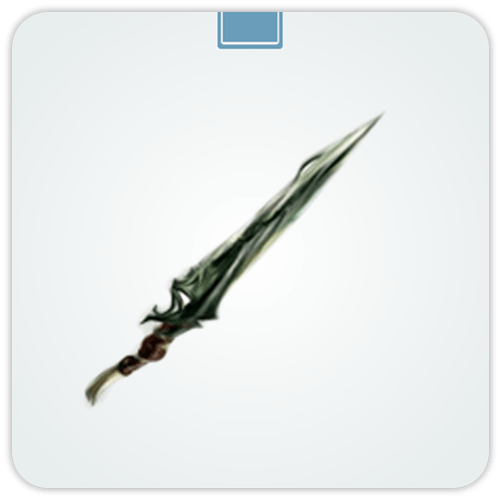 Normally when facing a screaming antelope the survivors hide in long grass of behind a pillar, but this time there was no cover, so we went on the attack.

Unfortunately, the antelope was able to consume acanthus at a tremendous rate and healed most of the damage. It’s increased mobility letting it evade most of the survivors.

This was also the second hunt in a row where I’ve not brought a cat eye circlet, which meant I triggered traps at unfortunate times, having to discard my own fresh acanthus to stop hunters brain from dribbling out of his ears.

A victory! But also quite a nothing year. Probably my last antelope hunt.

Tabletop Simulator
Part of the delay was me resetting the board state. Cards and alignments can get very scattered and I wanted to make sure all the various decks were complete. Also learning the group card massively improved this.

Also, I’m now using real dice! Which is much better! It means I can roll multiples more easily, and I don’t have to check the logs for what I rolled as they still exist in front of me. (I’ve also started using dice as a way of recording current survival. Much better than constantly ending the character sheets. Another tip is stole from Meet me at the table.) 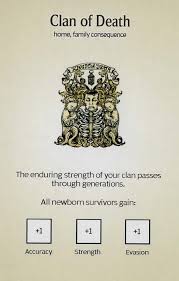 So the survivors returned to camp, and into an Elder’s council.

Having lot’s of experienced survivors meant we were able to pass on valuable experience to Pone, a new survivor who became something of a behemoth, being 4 times stronger than the founding members of our clan.

Cara, the last of my original survivors, those of the blackened eyes, was challenged by the Hooded Knight who had gifted her a twilight sword. Having neglected her training, she was dispatched with a single blow. The hooded knight left in disgust.

Neither Cooking or Pottery, the two innovations we craved were available, so the clan became a Clan of Death. The next generation appear to be incredibly tough.

Pone, was also blessed, finally learning the King’s Step fighting art from the sculpture garden. Many years of preparation went into this. Last time the King’s Man came to the settlement 4 survivors were sacrificed in a vain attempt to stop him.

This time, as the footsteps of the Nemesis came closer, there was hope that some might survive… 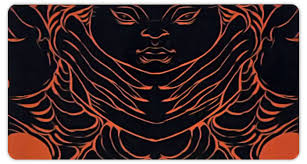 Having daggers and kings step made the showdown easier, but the Kings Man still hit like a hammer. Whilst some attacks could be dodged, the perfect thrust card caused immense damage to my saviour, disemboweling them and almost ending their life.

Even in victory there was heartache, with the survivor landing the killing blow being given the Kings curse. His legs stiffened and hollowed and after immense pain his legs had become like living armour, slowly but surely he was turning into the next King’s man.

With no pottery discovered, an in an attempt to find new resources the survivors decide to pursue an animal long ignored; The Phoenix…

So why hunt the Phoenix?

Well, the monsters are getting tougher and getting another Phoenix bow would keep me punching at the right level. Also, it wiped me out so much compared to the other monsters, I thought now was the time. 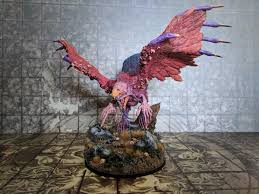 I hate the Phoenix.

Every single time you hit them they do something awful to you. One survivor has all their future children removed from history, another aged to the point of retirement.

The reward? Literal bird droppings. I did manage to snag some scrap metal though, so maybe I have the chance to actually build something different next settlement phase…

Returning to the settlement the hunters noticed something. The ground crumbled away and something malevolent was revealed.

Knowing something was coming the survivors began working on The ultimate weapon.

…Which also let survivors pick what items they scavenge from monster corpses.

Which led to a strange revelation.

One of the items that can be scavenged from a Phoenix is an hours ring, which negates most of their time bending powers. 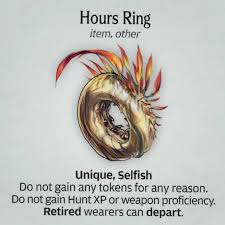 So another Phoenix was quickly tracked and dispatched, leading to plans for a further Phoenix…

But then, finally, pottery was innovated! The chance to unlock the barber surgeon meant the hunt was on for an antelope. 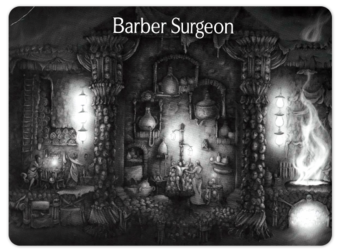 And then after a incredibly quick level 2 Antelope fight, the survivors returned to a heatwave, and wasted half their time scavenging liquid, but they still got the Barber surgeon up, unlocking first aid kits and scavenger items.

One more low level hunt I promise, then we kick things up a gear…

My laptop went missing for 3 months, and so did all my understanding of what I was doing in KDM. So I’ve just assumed my settlement was wiped out and started again from the ashes. Expect a new thread with new shorter summaries. I’ll bring back some of my favourite characters.

(Although the initial scenario goes terribly!)