The idea of anything “deep dish” still being a pizza and not a… pie(?) is quite odd to me. I’m a Napoli pizza person, through and through.

I’ve found you can really annoy someone from Chicago if you show them these mini frozen pizzas we have in the UK. 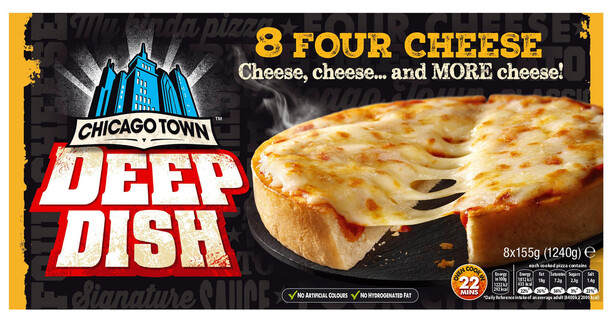 Devon puts the jam on top, after the cream.

I think they do it to annoy the Cornish.

Are people conflating cream and butter deliberately? Like, to get all riled up at the idea of putting butter on jam, when the other side is talking about cream, and vice versa?

(edit: I don’t mean anyone here) 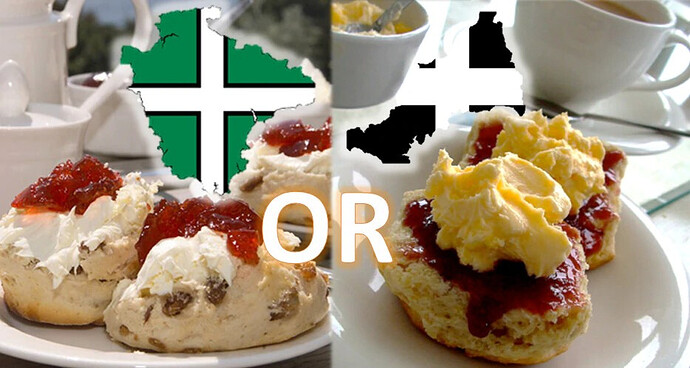 They both look gross to me.

They’re one of the most delicious things on the planet. I still remember fondly some the places I have eaten an awesome cream tea

Scones with fresh clotted cream and jam is delicious. Order that toppings are added is arbitrary: whichever is closer at hand is added first.

Chicago Deep Dish Pizza is, strictly speaking, pizza-flavoured casserole. Like a lasagne made with pizza ingredients. But it is spectacular when done well (which is rarely, sadly). Thin crust pizza is also delicious when done well, but also pretty good when done badly: the same is not true for deep dish.

Canada has a major pizza chain named “Pizza Hut” that does a “deep dish” pizza that is not Deep Dish Pizza: it is merely a very thick crust that is fried as much as it is baked (resulting in a delicious, albeit greasy, pizza crust). Adam Ragusea has a very, very good recipe for making a comparable pizza, but his thin crust recipe (“New York Style”) is better, IMO.

Tomato on top of everything else sounds fascinating. My partner is very, very particular about order-of-toppings (sauce, toppings, cheese) whereas I don’t care so much.

Aside: many decades ago I heard a statistic that pizza is the deadliest food on Earth: more people die from eating it than anything else. Apparently eating it too hot, the cheese burning their throats and causing suffocation as a result. Probably apocryphal, but a stat that I have parroted many times over my life.

Imma hop on a plane. Get that clotted cream ready.

Cream first. They do it differently in Mordor but they’re wrong.

Dont be daft, only an uneducated heathen would think thats the way to do it!!

Theological arguments belong in the category over → there.

Back-ish on topic: today is the first day this year my home-office has been in the garden. The sense of distance compared with looking out of a window into the road is tremendously refreshing. 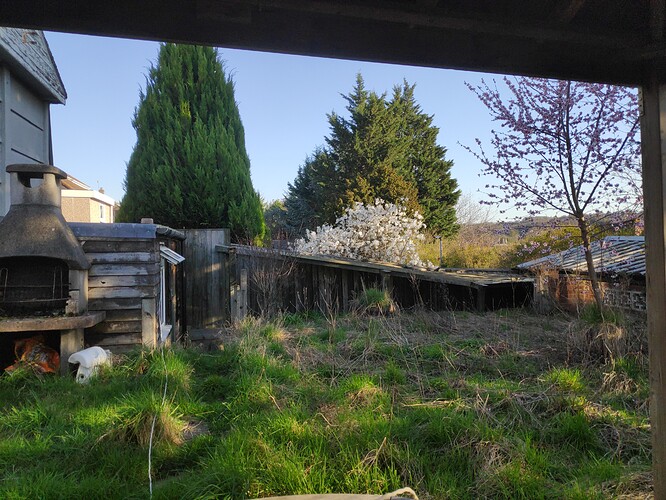 In related weather news, my classroom is on the second floor, and once the mornings are consistently above freezing, I set up a bubble machine pointed outward for the brief transition time between periods, and today was the first bubble day of 2022.

It has become a campus-wide indicator of when the dark days are ending, and Spring has arrived. Students will call each other out for wearing shorts before bubbles in March, and other teachers will shout from their windows to shut the machine off once the bell for the start of class rings. The walkways echo with joyful shouts of “No bubbles for late kids!” and students will argue that as long as they are in class before the last bubble pops, then they really aren’t late.

I’ve been doing daily lateral flow tests post-Airecon which have all been negative (my husband has been in bed pretty much since Tuesday afternoon). This morning I woke up with a scratchy throat so we’ve both been down the local test centre for a PCR test…

Our youngest has just tested positive on a LFT. Just a cold atm.

And we didn’t even get to go to a board game convention.