Not sure if there’s been much other information out on the game (I don’t listen to all the podcasts) but since this is a German publisher I am guessing this is a pretty early review copy of the game in the video. 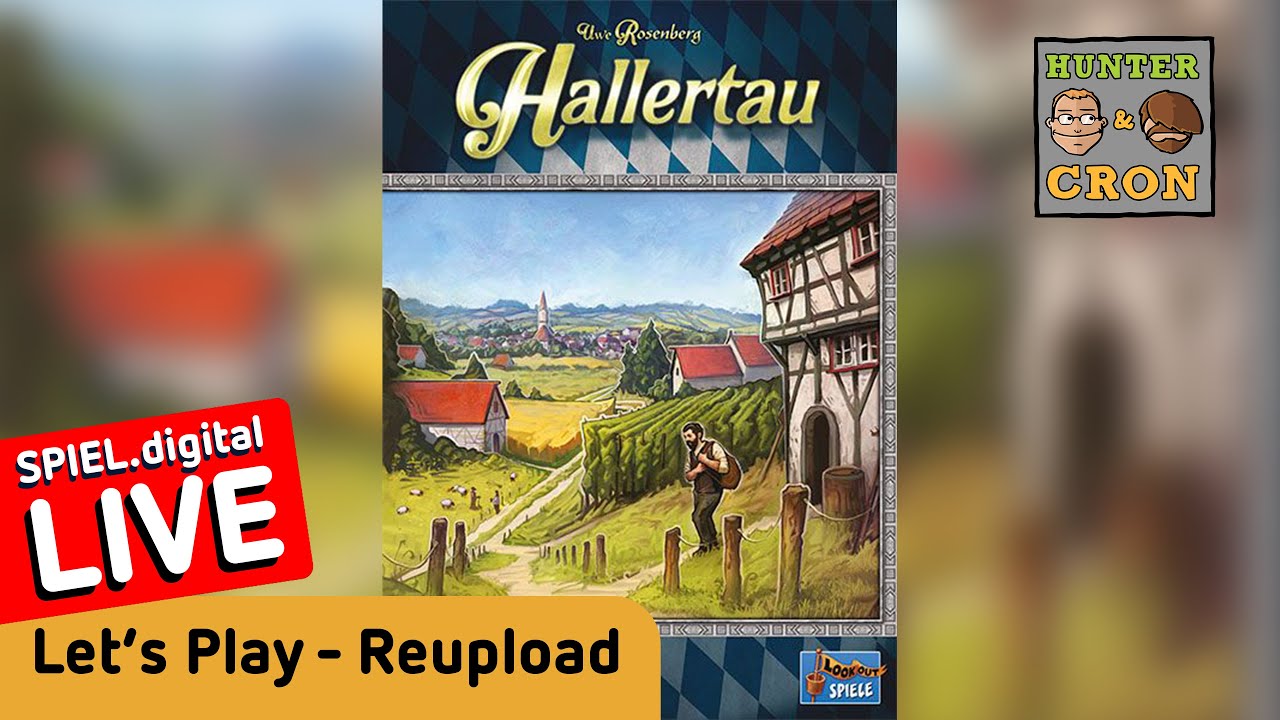 I know it’s in German but they are showing off the components and playing a 10-phase turn with guidance from a guy from the publisher.

Reminds me of Nusfjord (also from Uwe Rosenberg so not surprising) aesthetically. Very classic-Euro looking with added nice graphic design. Theme appeals to me a bit more than Nusfjord as well.

From what I could tell, it is less like Nusfjord and more like A Feast for Odin. Definitely more like Odin regarding complexity (although I may be off on Nusfjord’s complexity because I have played it so much). Tom Vasel stated somewhere that it is a rework of Le Havre, if you’ve played that.

To win you need the best village. The village is represented by the board with the house on the left and the six expansion levels to the right. The expansions need resources to move right to make space for the house. Also with each round that passes expansion gets more expensive. Costing 1 resource in round 1 and 2 in round 2 and so on.

To generate resources you have the big board with the fields. Each field produces whatever you plant on it to the rank of the field. Fields move up in rank when you fertilize them and move down when you harvest. Players start with 3 fields that are ranked quite low and they can go up to 9 or 10 fields.

To do anything there is the central action board where you get to place your workers. (How many workers you have is determined by the expansion level of your village, see above. You start with 6 blue worker cubes I believe). Each action field has three slots for each action the first takes 1 cube, 2nd takes 2 cubes and the 3rd takes 3.

Besides their fields and their house board each player has a third board that represents stables/fields where animals are placed (what good is a pastoral Uwe Rosenberg without animals procreating?)

Each round takes place in 10 phases.

Each player also has a hand of cards that can help them with planting, harvesting, fertilizing, gaining animals etc.

This is what I grasped by “half” watching those 48 minutes it took them to explain and play a single round of the game. Obviously, there’s a lot more to it.

Hunter (the guy on the right, one of the channel owners, Cron wasn’t in the video, the other player is a guest) complained at the start that for a game about a famous hops planting region there was too little beer in the game. He also said it reminded him of Agricola.

I think the game looks less busy like both Nusfjord and A Feast for Odin. But there’s a lot going on here and to have 3 separate boards for each player to which even more (like a treasure chest) can be added during the game is pushing it for table organization / space…