While my recent purchases of Architects of the West Kingdom and Nusfjord have already become favourites and will get lots of game time, I’m already considering some upgrades to their cardboard currency components which lack the tactile pleasure of the other components. This is particularly true in the case of the tiny card coins in Nusfjord when some gameplay videos feature much better metal coins, presumably from a promo or Kickstarter version.

Can anyone suggest a good online source or supplier of metal (or good plastic) toy coins for such games?

There are some official metal coins for West Kingdom. For coins in general, I remember Chaos cards having a decent selection.

The Plaice Deck expansion for Nusfjord comes with metal coins for the game.

How about poker chips? There are tons of those available online and would come in a case so you can use across games

From experience, it would be cheaper to use actual currency.

There are some official metal coins for West Kingdom.

These are the only board game metal coins I’ve bought, and I don’t actually have that game – but the price was decent, and I thought they might end up making a nice upgrade for something else. As it happens, I have Nusfjord on the way… maybe that’ll work out for me : )

From experience, it would be cheaper to use actual currency.

I wonder whether my bank would have Norwegian coins in small denominations.

The 70 set comes with 40 ones, 20 fives and 10 tens. More than enough for most euros with small bank sizes.

If you’re not wedded to the idea of metal coins… The following Poker chips are great https://www.premierpokerchips.com/poker-chips/three-colour-crown-poker-chips-sets

EDIT: Forgot about these as they are US centric https://www.apachepokerchips.com/product/bank-18xx-board-games-poker-chips/

Also a good option for US peeps

I just remember themed coins costing ~£1 per coin last I looked to buy them. You could probably get some unthemed ones for cheaper.

Pretty good options there, and from everyone. I didnt realise the Plaice deck also came with coins, or that there were specific coins for Architects too. Both have been ordered now. Thanks guys!

My coins have arrived and they are fantastic. The Nusfjord Plaice Deck ones are about the size of a 10 euro cent piece (maybe a touch smaller) but feel good and are much better than the tiny 1 Gold carboard tokens in the base game which are really fiddly. The Architects of the West Kingdom coins though just feel perfect - good weight, texture and clink to them so feel right for the game. Glad I ordered them. Thanks for the recommendations, everyone!

I meant to post a while ago, but these are the three sets of coins I use for games.

Steve Jackson Games Illuminati Coins. Full disclosure, I got these as a freebie. But they look decent, and they have actual easy-to-read values on them; OK, that makes them look less authentically coiny, but it’s dead handy in a game. They also ring best of any of these when dropped into a glass tray, possibly because they’re the heaviest. 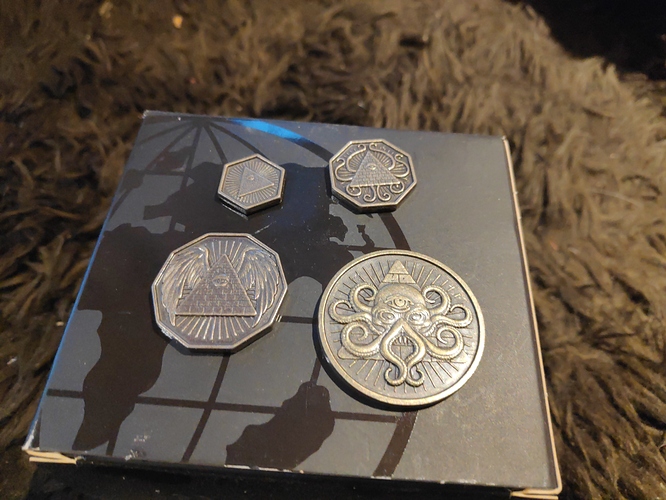 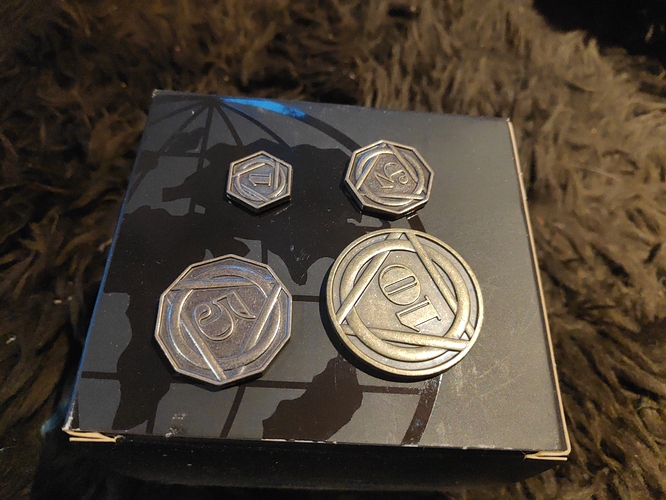 Swords and Sails Coins: I got these off their Kickstarter, but they’re still available as an add-on to the game. I’ve never played the game; I have no idea about it. But the coins are lovely, based on Byzantine-era designs. Only problem is, no values; I end up using these when all that matters is “a pile of coins”. 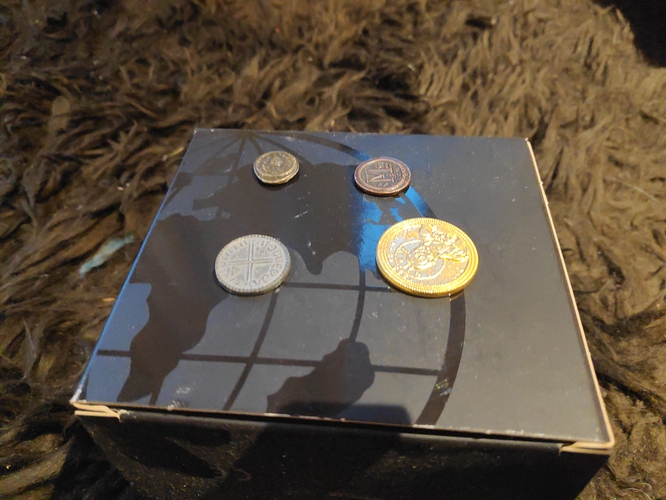 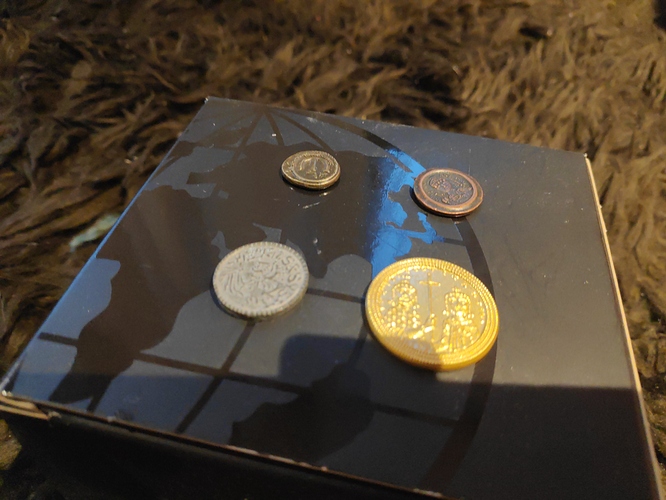 And if what I want is a pile of coins: my wife donated her collection of halfpennies (which went out of circulation in December 1984). I think one would have been hard put to it even then to get 200 metal coins for £1 any other way. 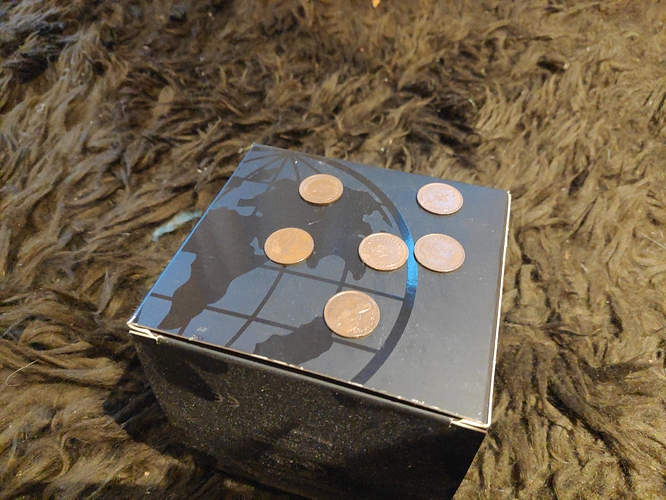 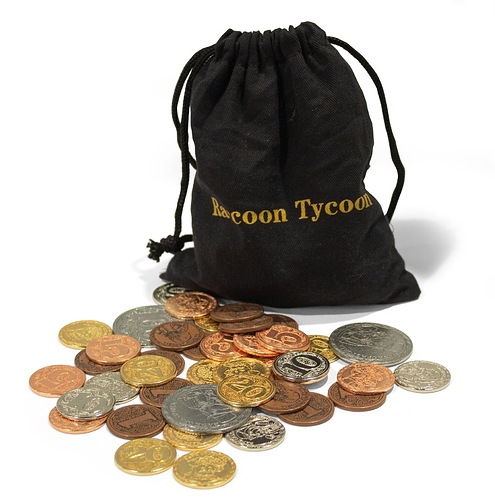 These came up for sale on a local group, so I bought them.

Not quite coins but I was wondering if anyone knew the cheapest place to get coin capsules to protect the pieces in Quacks?

Amazon was the cheapest I managed to find

Re: Nusfjord, both the Plaice and Salmon expansions come with a bag of metal coins. Pretty affordable.

However (at least for those in the States), I recently went in for these poker chips. This style seemed the best fit for the most games. It’s a real delight subbing them whenever currency is involved - Great Western Trail, Isle of Skye, Neom, Concordia, Istanbul, Architects otWK, etc.

Edit: Sorry to reply before reading. But at least the link for the specific poker chips is additive!

There’s a Salmon Deck for Nusfjord? That’s another upcoming purchase then!