Dicebreaker: games for people who liked The Expanse 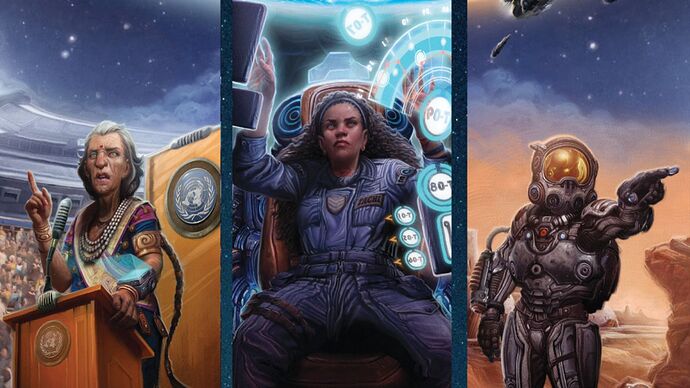 8 tabletop RPGs to play after finishing The Expanse

The Expanse television show may be over, but this list of tabletop RPGs expands on the best themes of the sci-fi hit.

If nothing else it may be a useful checklist for @DrBob .

That’s funny. Zylo, the runner of the Discord server, had a bit of a rant on Scum & Villainy, saying that it’s like the rules are only half written.

Some notable quotes:
“Scum and Villainy is blades (in the Dark) in space. Meant to recreate starwars, firefly, etc… So all it had to do was gives us the same rules with some new thematic paint. It instead gives us worse rules with the laziest paint job I have ever seen.”

“Example: In S&V you can have a hyper inteligent pet or a droid. How do they work? Game doesnt say. Not a single entry on them.”

“this is on ongoing theme for S&V where it often just says “Let your table figure out what this means to you.” A thing Blades often does as well, but S&V’s use of it is just egregious. Why did I buy your game… if I have to invent how your game works!?”

And the best one,

"The other issue with S&V is that unlike Blades which provides an interesting setting but lets your group fill in the details. S&V provides a nothing setting. The setting is all sci-fi. It has bits of star wars, star trek, cowboy bebop outlaw star, firefly, Dune. So you are not even paying for a setting. You already know the setting.

but it’s even worse than that, because you could take this as “Oh well its setting agnostic then!” but no. No its not, because the playbooks reference all these things. Its hard to play a firefly game when your playbooks all reference “the way” (the force). The game has Dune it in. The planet shamaya is dune all the way down to the worms and the “desert people” who all have blue eyes. Its just so lazy. So your not paying for a setting and your not paying for rules. So what did I pay for?"

If I complain about the omission of Transhuman Space I’ll merely look egocentric. But the similar absence of Eclipse Phase tips it over into the “Uh, what?” category.

The impression I get of Dicebreaker’s writers in general is that they are Painfully Young.

I am incredibly intolerant of the young.

Being fair, I keep wanting to say to Matt and Quinns “yeah, but what about this game from 2008 which does basically the same thing as this one you’re now reviewing”.

Hang on, isn’t that list missing The Expanse RPG by Green Ronin? I’d have thought that might be a decent choice for people who liked the series.

I know they say it’s the obvious answer, but yes, it is.