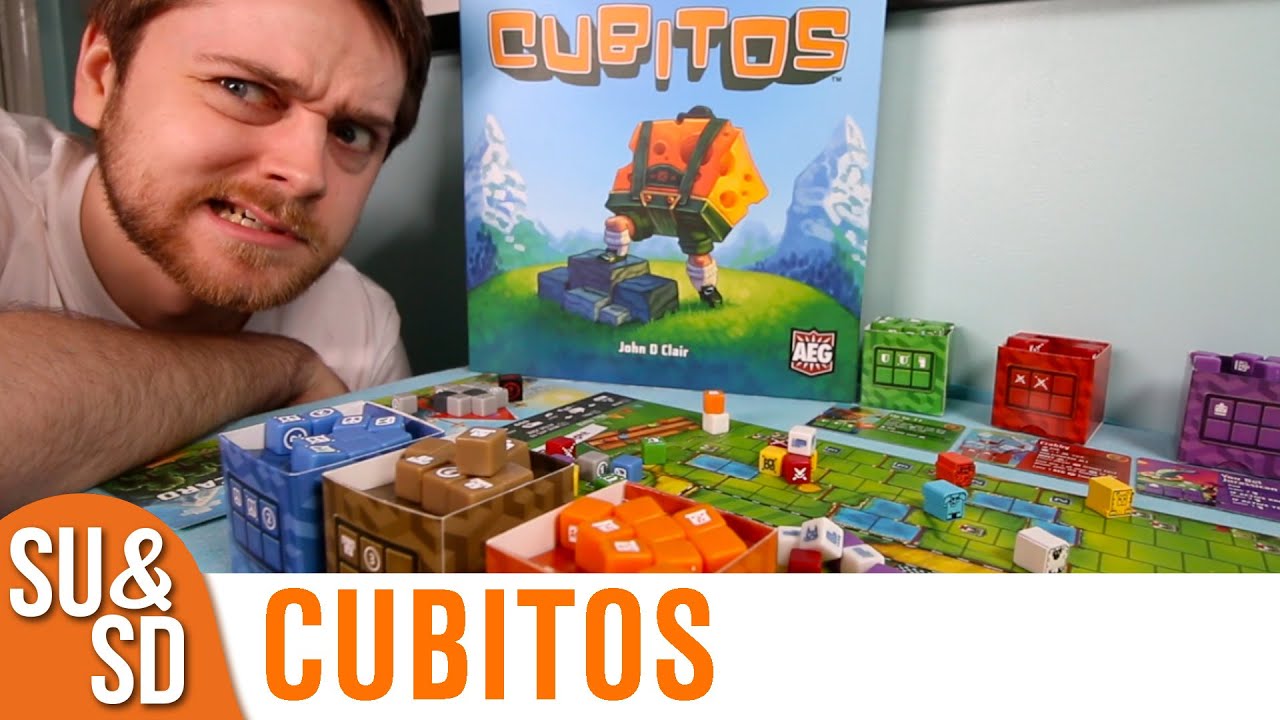 I literally got the game delivered today.

Damnit, this is going to be a week where I pay my boss for the right to go to work at a game store, isn’t it…
sigh

I don’t own Quacks, so I have literally no reason not to get this! And I love dice games! Curses!

I’m so glad more games are using the Roll for the Galaxy style dice. They’re just so goddamn lsatisfying!!

Custom dice are so expensive.

The orange ones look like cubed carrots. If NPI do a review (given this one there’s an above 60% chance) I bet they’ll do a scene of them eating the dice.

I have yet to watch the review but we are short a good dice game. My partner likes rolling dice and I was eyeing Roll for the Galaxy but maybe this is it?

edit: Also right now it’s sold out (online). It was available for a good while though but even here SUSD tends to remove the last few copies from shelves when they like something.

I’m sort of half-way committed to Quacks, in that I have the resin bits for it (and Herb Witches but not, sigh, Alchemists) but not the actual game yet. And to be fair that also has variant powers for the different colours - four for most of them I believe. (Though I’ve only played twice, so I haven’t really tried that yet.) Maybe it’ll get cheaper now…

I might have mentioned Automobiles as a deck-building race game with variable powers, but eh, I don’t even know if it’s available any more (except on yucata). Not one that’ll be leaving my collection any time soon, though.

I’ve never used the variants of the colours in Quacks, mostly because we’re usually playing with at least some people who are new or because it’s just been a while since the last play. I quite like the look of Cubitos’ stage list which gives a suggested progression through some variants. Having a structure like that seems like a good excuse to play a small campaign, since it can be a bit intimidating to try new combos without any guarantee they’ll be fun (or at least considered)

The price of the game seems a bit much for now but once we’ve finished our current light campaign games I might pick up a copy.

I have the resin bits for it (and Herb Witches but not, sigh, Alchemists)

I believe the Alchemists doesn’t use any resin bits. The white chips are just replacements for people using cardboard ones that wear out. I was happy to buy for that reason due to the cost of resin bits from the states…

I watched this review and came away thinking that, at a small fraction of the size and cost, I think I’d rather play Martian Dice.

You could get it for as low as crazy 31€ two weeks ago (if you were lucky and Thalia didn’t cancel your order). They do actually sell it for 40€ right now, and it seems to be available.

I keep forgetting that Thalia has some games for pretty good prices… but yeah I’ve ordered stuff from them on multiple occasions. Thanks for the tip

PS: for everyone else they are a bookstore chain, I don’t think they are international.

It’s sometimes been worth ordering things from them to the UK if they have them on special offer.

Probably will be as soon as we unfuck the customs queues.

@yashima did Space Base hit ok for you? Just asking because I saw you mention earlier you were lacking a good dice game and this is from the same designer (just in case).

We really like Space Base. It is what I wish Machi Koro had been. I cannot wait to introduce Space Base to more people. So that is a good connection. My partner wants Cubitos I think. I am still hesitant because of previous bad experience with race games and I really didn’t enjoy Quarriors anymore … I was going for Roll for the Galaxy for some dice rolling pleasure since noone here will play Race with me and I tried Roll digital and enjoyed it far more than I thought I would.

I don’t think cubitos is really a race game.

I mean it sort of is but it does a couple of things that take it away from pure race game. For one it has a catch up element and second you arent purely going forward.

There seems to be a substantial subgenre of “looks like a race game but you could also see it as a kind of sophisticated score track”. Flamme Rouge, Automobiles, even Steampunk Rally all have elements of this.

I like to call ticket to ride a race game.

I did see the review and think “So… it’s Martian Dice?”