Crokinole - does it stand up over time?

Seeing the latest Kickstarter for a Crokinole board I was researching the SUSD review and speed this great auto caption from Quinns’ mumble!
Screenshot_20200627-073157~2|690x476

For anyone who has a board, have you found it worthwhile? Does it come out for play regularly? Seems frustrating enough to store I’d want it to be in use.

The amount of play it gets all depends on you. It’s a simple but highly competitive game with a massive skill ceiling and over a century of dedicated playtesting. It’s gone through the wringer in terms of standing up over time.

I’m a casual Crokinole player and frankly haven’t even played in years, but have enough games under my belt to know I want to invest in something a little finer if and when I do. But that KS offering is a good one, really seems to be a serious bang for the buck, particularly if you’re in the US.

Really tempted, then I saw $60 shipping to the UK.

I think in general you’re going to face that kind of shipping when you’re outside North America. It has a global following, but kind of just peppered all over the place outside of Canada and the US. You might find a decent maker within Europe at least?

Oh man, I want one so bad. It’s exactly the kind of item I want in the house, and would also be addicted to playing. And you can tell that new players would be hooked in 5 minutes flat. 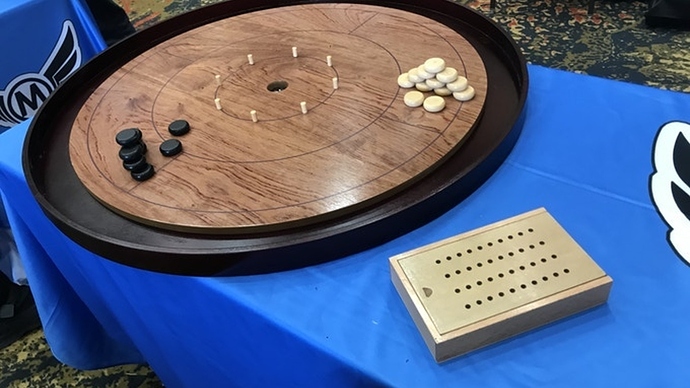 Our 7th Edition Crokinole Board will include many of our past great features plus the added holder for scoring 20s during play.

I know that this is off topic but if you want an big wooden board to flick small wooden counters around on then why don’t you have a look at Carrom! Carrom (also spelled carom/carroms) is a tabletop game of Indian origin. The game is very popular in South Asia and the Middle East, and is known by various names in different languages. In South Asia, many clubs and cafés hold regular tournaments. Carrom is very commonly played by families, including children, and at social functions. Carrom is not a patented game. It is in the public domain. Different standards and rules exist in different areas. It became very popular in United Kingdom and the...

Benefit’s include, easier to get hold of in the UK, the board has sides you can ricochet the counters off and finally its square so won’t roll away when you stand it upright.

If your good enough then you could make the world championship 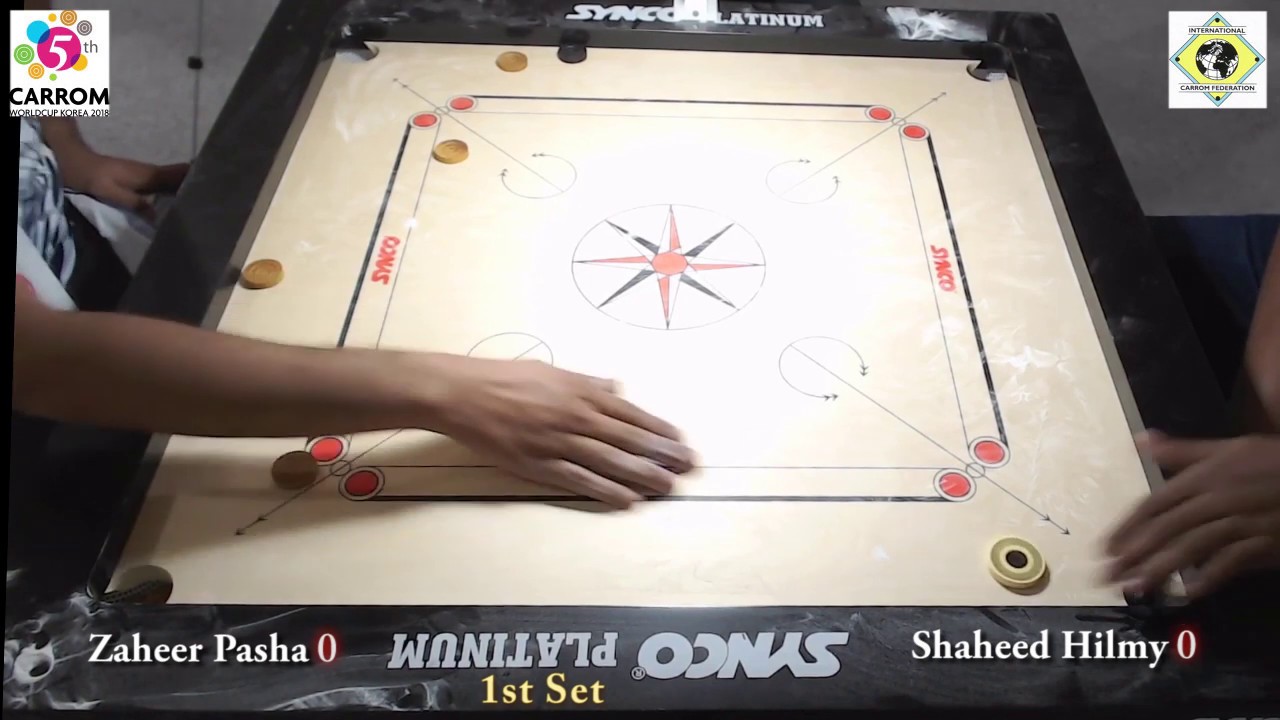 Did I mention the sides? They allow you to do all sorts of trick shots!

For what it’s worth, some recent discussion on BGG suggests that while it’s a decent price for a “starter” board you’ll almost certainly want to spend more on a good one if you actually get into the game.

I haven’t bought a Currom board in sometime, it’s not something that you really need two of

, but if its of any use my one came from Langleys in Norwich.

If you want to get one they can be found on Amazon or eBay, or you could check out a supplier like:

For the UK once shipping gets added I wasn’t sure how far it was off from these ones.
https://www.mastersofgames.com/cat/table/crokinole-tournament-board.htm

I remember we had the same discussion on the old SUSD forum and people said that this Mayday Crokinole board’s quality is not the best. Some were very unhappy, others were fine.

Think there is a few similar threads on BGG.

In short the consensus seemed to be It’s fine for it’s cost.

I think the shipping to the UK tips the scales the other way a bit.

There’s been a bit of Crokinole interest on other threads on here, so I just wanted to leave the link to Team Covenant playing it yesterday. They start at 54 minutes.

After only a few turns, it’s incredibly addictive to watch! Fun shots, devious hiding, it’s so fun. I’d seen footage of professional championships where everyone is super serious, but this just looks like a blast. The challenge with crokinole really comes down to the storage (and often cost) of the board itself. It’s a big ask for a game you might only intend to play casually, even if you don’t invest in a costly piece.

As for its longevity, I think its nearly 150 years of endurance will speak for itself.

With most things that run so long, organized play can probably be credited with its proliferation and popularization (using this loosely here), but that doesn’t mean you need to be a tournament player to derive full enjoyment/value from it either. Crokinole has an immediacy of play that fosters quick rivalries and the proposition of “skilling up” in the most hysterically trivial way imaginable.

The issue is that owning a board is a little like owning a Foosball table or bar shuffleboard. It’s a bit of a commitment for what will probably amount to some laughs now and then. But, folks will ask you to pull it off the wall, of that I have no doubt.

Only 5 more sleeps till I get to play Crokinole!

Wyrmwood just released a vid where they talk about their next round of planned Kickstarters (not immediate) and they’re thinking of doing classic games soon. They mentioned Chess boards, Draughts boards… and CROKINOLE BOARDS 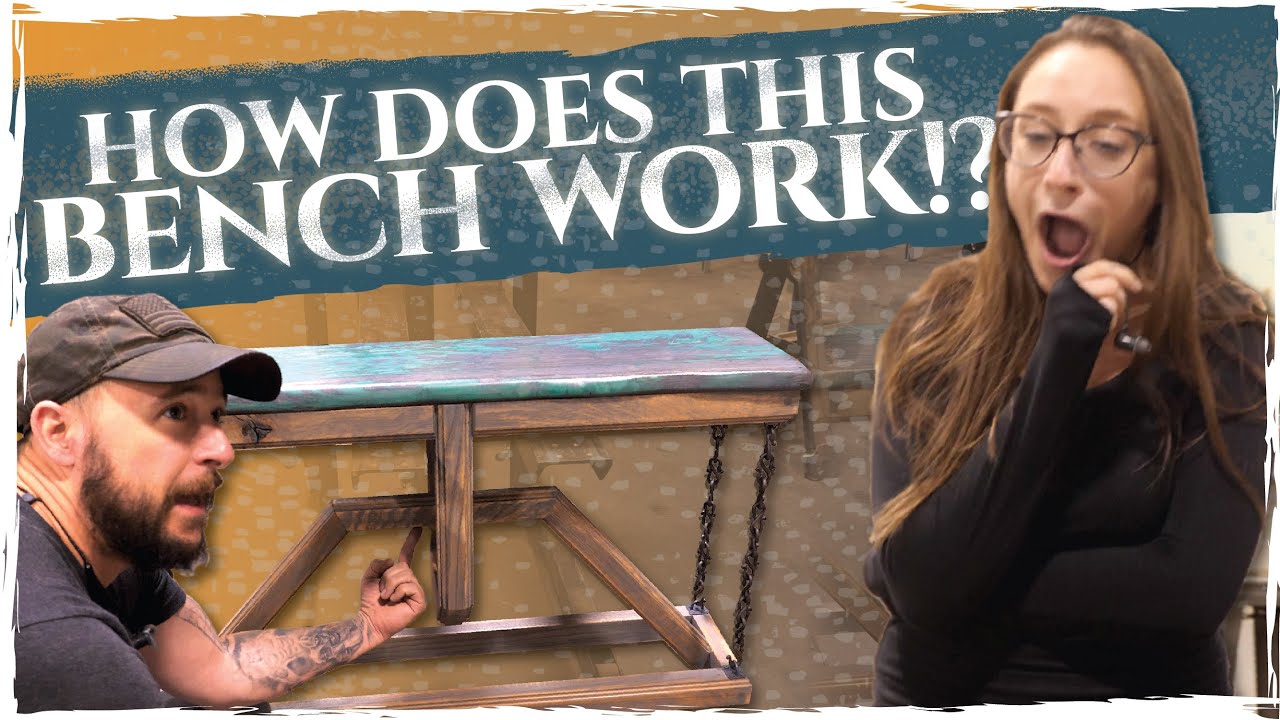 Kickstarter tomorrow for a competitor to Crokinole: “Arma”, themed as a chariot race instead. If this was significantly cheaper than a Crokinole board I’d be very interested, but it sounds like it will actually be more expensive, which… doesn’t work?

Have a look at the gameplay, which (while neither of them can play dex games AT ALL) quickly becomes very fun: 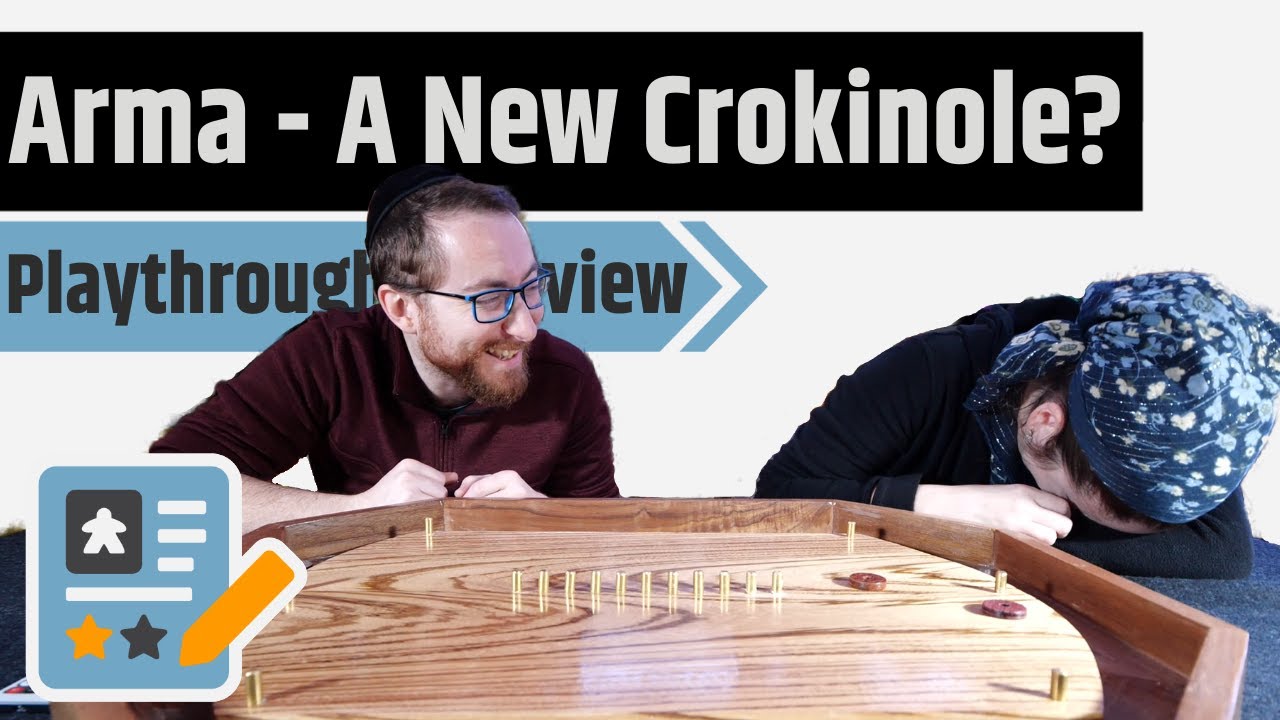 Another Kickstarter for something similar to Crokinole: a new Carrom/Snooker mix called Carrooka!

I’ll admit, I kinda want this to work. It’s by a UK cabinet maker. The white looks larger than the reds / colours, and the rotation is a nice touch: 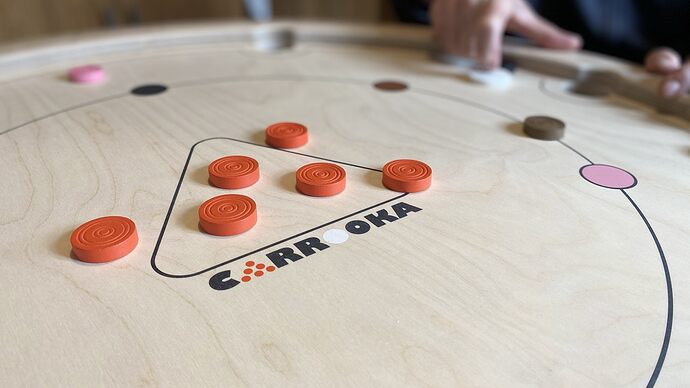 It looks cool. But… I keep seeing these uk makers with crokinole alternatives and wish they would just make a uk crokinole board.

I would buy it.