Champions: The Island of Doctor Destroyer

Ooh, you lucky lot! Roger has been nagging Jon to run Champions for a while, and now we’re doing it! 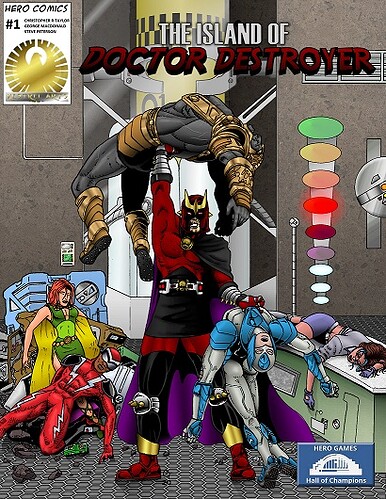 And we get character art, courtesy of our handsome and talented GM! (Can I have those bonus points now?) 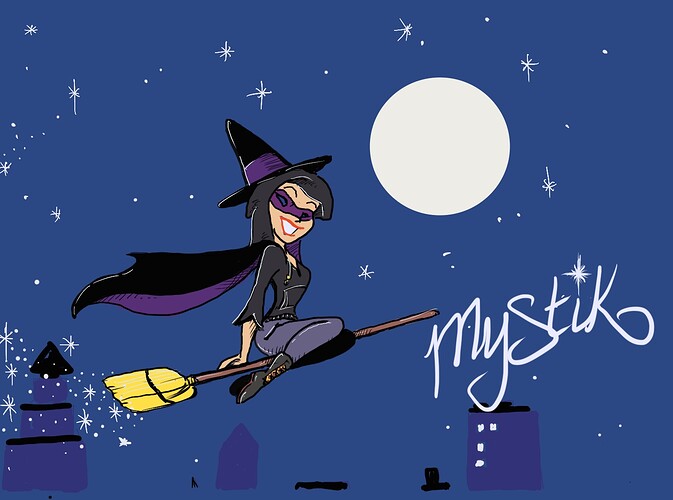 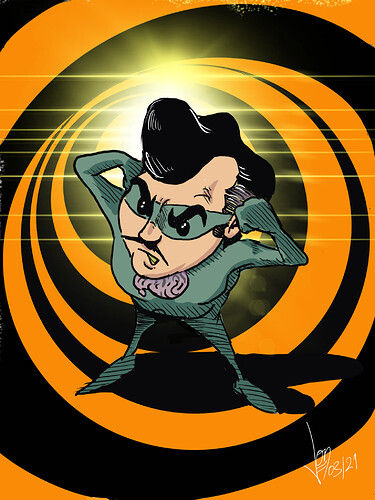 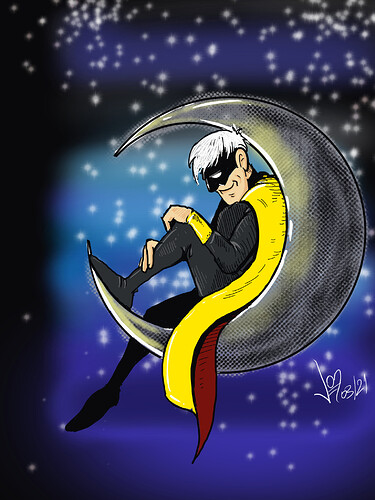 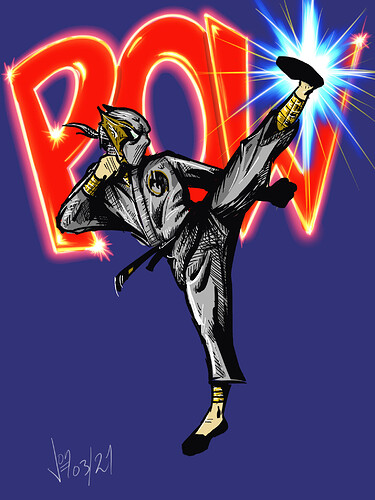 Session 0: Necronomibabe: Character generation, and a gentle introduction to the Hero System

Session 1: Alvin and the Chipmunks After an All-Night Cocaine Bender: The Blackpool Tower’s still there, but the Pleasure Beach is gone…

Session 2: Jiminy Cricket Winking Heroically: Agents. Gonna have to fumigate to get 'em out.

Session 3: None More Green: But why would I jump out of this aeroplane? It isn’t broken.

Session 4: Spurting My Growth Juice: The crunch hits. We hit back.

Character generation, and a gentle introduction to the Hero System

Is a gentle introduction to the Hero System even possible?

The thing most of us used was the Champions Character Creation Cards, essentially prepared sets of powers at various point costs which one can mix and match. Much the same principle as GURPS Action 4 really, only with direct integration into the official character editor (a horrid mess of Java but it seems to work).

Can I have those bonus points now?

Is a gentle introduction to the Hero System even possible ?

As a GM? Maybe not entirely gentle.
As a player? Absolutely. The more moving parts you want to use - magic, superpowers, detailed combat and all that - the harder it is, but for players the main effort is character creation, which can be made simpler with templates etc. That actual system is almost always rolling 3d6 under your skill, or rolling Xd6 and adding them up up work out damage and suchlike.

I don’t find it at all easy to keep rules in my head when I’m trying to run a game but Hero is no trickier than most (and benefits from an excellent index).

The more moving parts you want to use - magic, superpowers, detailed combat and all that - free harder it is, but for players the main effort is character creation, which can be made simpler with templates etc. That actual system is almost always rolling 3d6 under your skill, or rolling X d6 and adding them up up work out damage and suchlike.

TBH I would say basically the same thing about GURPS.

They have a number of similarities, not least because Steve Jackson took elements from Champions and made an effort to improve others in his own way. Any modular system is likely to share the problem, I suspect, unless it opts for a simple uniformity which is likely to feel very bland.

DO… try a multi-power with charges.

DO… buy more recovery than you initially look at.

DO NOT… shift your variable power pool into extra-dimensional movement usable as an attack with no conscious control.

Page 131 of the 6th edition character creation book clarifies that you can always activate a Power at less than full power if you want to, but you have to use all the Advantages and lLimitations on the power. Unless, of course, you have an Advantage or Limitation that says otherwise. Champions Complete doesn’t appear on a quick search to say anything similar, but the description of Endurance definitely implies it strongly.

30 years of off and on Champions and I just realized listening to your podcast that I wasn’t sure if I’d ever actually read that rule anywhere!

Thanks - I’ve been talking that over a bit with Jon. One specific point is that with fixed multipower slots I don’t get any reduced END cost active point value even if I do scale down the power level.

We’re deliberately not optimising at this point – which I think is the virtue of the cards, that they get us a character up and running reasonably promptly without key stuff having been forgotten, even if not with ideal point-efficiency.

My all time favorite Champions multi-power slot I’ve been responsible for was on the Green Arrow successor I played in a friend’s game. She had a “pie arrow” slot which was a presence suppress with no normal defense.

The defense was to wipe off the pie from your face.

This is one of the issues every designer has to face: do you address every option you and your playtesters can think of and end up with a book the size of a headstone? or do you risk ambiguity but have a more accessible and affordable book? Unfortunately for DoJ, putting the 6e Hero System out as two tubby tomes put some people off the game but didn’t attract many new players. Champions Complete was probably the right approach but it came too late; and of course it’s not perfect.

Latest suggestion I had on extended flight is to redesign it with reduced END use and add MegaScale movement (CC page 110).

redesign it with reduced END use and add MegaScale movement (CC page 110).

Mega Scale is broken. I actually worked out I could buy the ability to teleport to the Moon for less than teleporting around the globe with Mega Scale. The only downside is losing pinpoint accuracy, and I had a workaround for that for my particular concept.

Everybody knows the Moon is just a single soundstage anyway.

This is where we had really odd interactions with Champions. Powers are defined pretty rigidly for the hex grid so when you take them out of the hex grid and make plot kind of powers it feels broken in a way but in the “do I want the campaign going this way” sort of broken.

Because in a JSA comic it will make sense for Jay Garrick to run someone from Nova Scotia to Walter Reed Medical if they get shot, but it may not make sense to have the Tony Stark character build a power that gives the entire population of the world an extra 5 points of body to resist all diseases over the course of a year.

I will say that as a player and observing the group of players I was with most folks took great joy in sinking about 5% of their points into what Wild Talents calls “dud powers” or powers that really only come into play outside of combat.

Of course this requires a gentleman’s agreement at the table that nobody proposes megascale move through attacks.

Maybe it’s just when I met Champions but I like the places it creaks. It’s comfortable because of how the GMs and groups I’ve played with accepted those creaks.

Here’s a brokenness I stole conceptually from GURPS Power-Ups 4: Enhancements (you can do something similar in that system).

The moral of which is, if you get players who want to break the system, they can. (Munchkins find a way.) Which to my mind is why GURPS, and by implication Champions too, are “rule zero” games: the GM gets to say “no”.