Imperium: Classics definitely has my attention.

Villagers – a friend of mine bounced hard off Villages and this looks a bit like “Villages the card game”. For my taste a bit too much intricacy and can’t do this because that.

Streets – maybe more to my taste, with what might be “the right level” of complexity. I’d at least like to try it.

Fantasy Realms + The Cursed Hoard – sudden recognition! I played this at Essen a few years ago and found it full of “this card is great, except it’s rubbish because that”. Whenever I drew a card that might combo, I’d just have thrown away the card that would combo with it. But I was quite tired and I’d like to try it again.

Imperium: Classics – a civilisation game with people other than white dudes on the cover? Some mishtake shurely! Having played actual (Tresham) Civilisation I’m not sure I really want to play something that would remind me of it without being it, but that’s my problem not this game’s. I’m interested in how interactive it is, particularly with Race for the Galaxy mentioned; there’s some mention of attacks, but you can also conquer the generic non-player world…

Animals in Espionage – over almost before I’d realised what was going on. Might give it a try, but I doubt I’d ever buy it.

Four Gardens – a big box for a small game? Well, the pagoda obviously takes space, but this feels unpleasantly pseudo-thematic for my taste, for all it looks great.

Sorcerer – saw the KS for this and passed on it. Might be fun but I don’t think I could take it seriously having played Epic Spell Wars etc., and it looks as if there may be just a bit too much fiddle for me. (And I say that as someone who’s still fond of Ashes. Perhaps because I might play that instead.)

Rocketmen – Martin Wallace and I rarely agree on what makes a good game.

But for this theme, which I love, anything would have a very long way to go to beat Leaving Earth.

Nanty Narking – I’ve played the original and, eh, it was OK but I can’t see the desperate enthusiasm that drove this new edition. That blend of real and fictional characters makes it feel more like A Study in Emerald too.

Apogee – like Rocketmen it looks interesting but I have the realistic space game, and this seems a bit on the simplistic side. I like the art though.

Big Easy Busking – the theme is oddly unappealing to me but eh, looks enjoyable.

Planetary Control – the numeric cards are pretty, the specials oddly not so. Looks interesting in the same athematic style as something like Shogunate.

Idus Martii – I could see myself demoing this, but it feels somehow awkward. That might be all the flickering as the Tabletopia pointer moves on and off things I’m looking at. I’ll try it if I get a chance to join a game in real life.

I haven’t watched yet, but since there’s comments on Imperium: Classics here, I wonder if Imperium: Legends was also mentioned?

Only in passing - during that segment, Quinns showed both box covers, and said something along the lines of “these are both available, but Legends is more complicated so Classics is the one I’m going to show you”.

Interesting. The two are pitched by Osprey as being completely compatible with each other, although three of the civs in Legends are written as being more challenging to play.

If there’s a clash there it may be in my recollection/interpretation of what was said.

Imperium was in my wishlist for a while now. Seems good. Idus Martii sounds fun. The concept of choosing allegiance sounds good

Also, the cover art character with the scythe has a small elephant trunk that I can’t unsee. 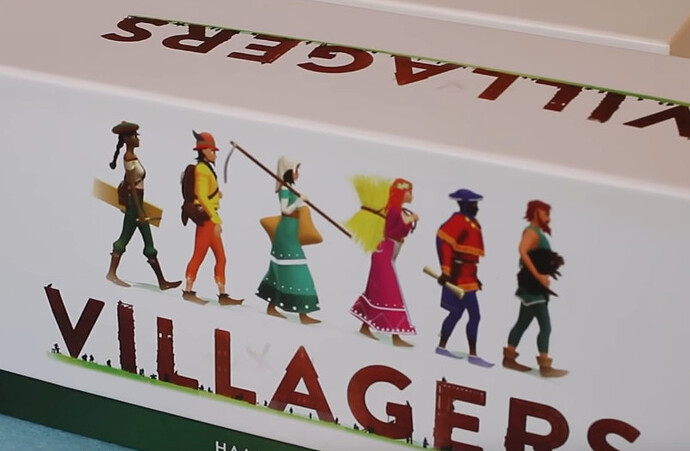