Ancient Secrets of the Secret Ancients

Thought y’all might get a kick out of the intro text for the Edge of Empire game I’m about to start running. It’s towards the absurd end.

A long time ago in a galaxy far, far away…

A stone box covered in dust is lit dimly through a crack in an ancient wall and remains in focus for a long beat as familiar orchestral music lingers at a low volume. Then silence for a short beat broken suddenly by a loud crack. Powerful hands wrench loose ancient stone and a figure of considerable bulk eases confidently into view, deliberately selects tools from a utility belt and gently works over the stone box. It opens silently and smoothly as the figure chuckles with deep basso profundo satisfaction. The large hands move with an unexpected delicacy arranging and re-arranging metallic objects. The rumble of huttese echoes through the chamber and subtitles announce, “Solaku and his foolish production team will just have to feature this.”

The camera wipes to an ordinary frontier kitchen where a quarren is preparing dinner and a holovid is playing on the counter next to a blue milk container. A dramatic figure with blue skin, red eyes, and wild hair is speaking persuasively but manically. “So. What we have to ask! Is! Why?! Why everywhere? Why at these times? Why not sooner? Why not later? Why spleens? And! Most mysterious of all? Why two kidneys but just! one! liver!”

“Humans. They are everywhere and it makes no sense. There is no natural explanation! So I propose, to you, rational sapients, could it have been? ALIENS! Hey! What! Brokk, what’s happening in that booth? I swear I paid up! I swear I paid up!”

The holovid pans back a bit and the trim blue figure is suddenly flanked by wookies, picked up bodily, and carried out of view. The holovid is filled by the face of a female weequay who rolls her eyes as the manic voice shouts, “The truth cannot be hidden! Watch for the announcement of our next holocast of Ancient Secrets of the Secret Ancients! Hey! Easy on the cape!” Then the vid cuts out and the quarren shakes it’s head and tunes over to Ackmena’s Songs of Hyperspace.

The camera wipes to a dingy room where a table is covered with various objects of value and cards are being studied, dealt, and shuffled but maybe not always in that order. Time passes and the action becomes clear as the players have folded down to a hulking nikto and a slim figure hidden in a shadow cast by an enormous aqualish leaning against the wall looming over it.

The nikto says “All in! All in!” And excited murmurs rise up and die down. The aqualish grunts and subtitles read “Are you sure this is a good idea?” The slim head bobs up and down stiffly. More grunts with a resigned tone and more subtitles: “I always regret these moments. But if you’re sure.”

The aqualish stands up straight from the wall and the light reveals a battle droid covered in brilliant latinum finish with a neon chandelier dangling from the back of its head. A mechanical voice sounds out both confidant and sardonic. “Roger… Roger…”.

The cards fall and it is apparent that the droid has won. The nikto suddenly has five other nikto behind him and he says “Cheat. You had to cheat.”

“Negative. The odds were easily calculated based on previous plays. I could recite back the last four hours of hands if necessary.”

The aqualish sighs and grunts, “now you’ve done it. Again.”

The nikto yells out “card counter!”

The droid registers surprise, “Ah. So no one else here can count?”

Roars of anger fill the bar and the aqualish grunts again, “you remember what we do now, Zero?”

The mechanical voice sounds oddly impish as it says “Roger… Roger!” Then the aqualish kicks over the table and pandemonium erupts.

The camera wipes to a waiting room in a ramshackle commercial area where three ganks sit on a bench perusing weapon and cybernetic fliers. A 2-1B medical droid that has seen better days opens a door and says “Number 7 please.” One of the ganks nods to the others, picks up a foot from beside the chair and limps through the door.

The droid gestures at a medi-chair and says, “please sit down.”

The gank sits down and the droid cranks the chair so that the footless calf is elevated well off the ground. Another door opens and the chair is cast into shadow. The camera focuses on the gank as his cybernetic eyes re-focus in what might be a nervous fashion. His processed voice says, “um, I think maybe I’m okay. Um. I think maybe it IS under warranty. I should check with the manufacturer.”

As the gank begins to sit up, a brown furred hand the size of his head settles on his chest and a series of hoots and honks echoes through the room. The droid looks down to the gank and says, “I’m sorry. Your Hutt Maintenance Organization has already been contacted and we would have to request a refund if you leave now. The doctor becomes agitated when I generate refund paperwork.”

The gank settles back nervously and the paw grabs the detached foot. Sparks fly and the camera focuses on a goggled wookie chuckling soft and satisfied as the gank says “Ow. Ow. Ow.”

The camera wipes to a hanger where a duros, a twilek, and at least seven droids watch parts fall off a smoldering YT-1000 freighter. A few desultory blasts of fire suppressant issue from droids trudging near to the wreck.

The twilek grimaces. “The boss is going to hear about this. I can’t believe it.”

The duros shrugs. “I got the cargo here this time.”

“And where is the cargo?”

The duros kicks at the tarmac and mumbles inaudibly.

“I like you. We all like you. You’ve got nerve but you’ve got no luck. This is the ninth ship you’ve wrecked out of eleven runs!”

The duros gestures defiantly. “I didn’t wreck this ship! I maybe, maybe wrecked three of these ships. I’m not the one shooting at the ship. I’m not the one loading rancors without adequate sedation! I’m not the one delivering unstable materials hours late and tampering with the monitoring systems!”

The twilek shrugs. “Doesn’t matter. Your name is on the top of the manifest. Your tails are on the line. You’ve got an audience with his massiveness in two cycles. Get cleaned up. I like you, Crix. I really do. I agree this has been a bad run. Maybe your worst. But I think I’ve found a job that will give you a real chance to redeem yourself. And it’s with a crew of real… um… professionals?”

The camera pans over to the smoldering freighter and the camera wipes as a particularly large piece separates and crashes down onto a droid which issues an indignant squawk.

Ancient Secrets of the Secret Ancients: a Star Wars story 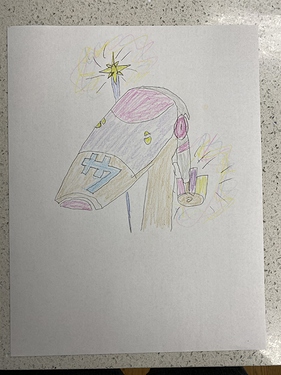 I have a weird research item I figure this board may be about the only place that will appreciate.

I know my players will eventually be performing some stellar archaeology as they track down super science maguffins and I’m trying to sketch out a remotely plausible way a stellar remnant from an artificially engineered high energy explosion of a low mass main sequence star would differ from ordinary supernova remnants.

I’m thinking it would resemble a mixed-morphology remnant as there would be little supernova ejecta. I’m wondering if looking at the light from the event would have evidence that the core was still helium and hydrogen and substantially missing any Oxygen, Neon, Magnesium, or Iron.

Yes. This is me getting ready for a Star Wars game about conspiracy theorist alien gangsters. Have I mentioned lately how much I like these boards? Because seriously I like it here.

Why was the explosion triggered? If it was “to free up useful mass from the star”, presumably that useful mass was captured and taken away for [purposes], so it’ll be missing from what’s still there. I think this is probably your third para but I’m quite rusty on stellar physics.

The setting involves hyperspace lanes as navigational aids. I’m just taking that as read and not pushing against it.

Part of the play area involves a hyperspace lane that was disrupted by a supernova around 4,000 years before play starts.

It looks too convenient to my GM eye and Star Wars is about big dumb fun so the approach is “what if a star was blown up by [plot] to disrupt that hyperspace route?” and working backwards from there to space Alexander the Great and other kinds of nonsense.

I’m figuring you’d get a hot central x-ray emission from the high energy explosion in a higher density stellar area but when the PCs fly 4,000 light years out of the ecliptic (which should be a fun dangerous expedition) and take a look at the event they’d see no heavy metals on the spectrum of the event which would make no sense in terms of core collapse.

Another way of phrasing this appropriate to the setting material is “if our sun was blown up with space magic what would it look like 4,000 years later?”

OK, so the answer is “to get the star out of the way”.

How (in your setting physics) is a supernova triggered? Are you starting with a white dwarf with companion, or a huge massive star? I.e. which supernova type do you want? From there it ought to be possible to work out what needs to be added to set the thing off. From that I can build a plausible mechanism, and from that I can think about the trace.

I think the analogue would be a white dwarf with a companion because the star being destroyed would not itself have been massive or old enough to go supernova.

I think we’re talking at cross-purposes here, because to me the answer is then obvious: it’s an entirely normal Type Ia supernova with the 615nm Si II line, but there’s no stellar companion. Astrophysicists talk about pockets of unusually dense interstellar medium, but…

No worries at all. I’m working from undergraduate astronomy from 1996. I attribute any cross purposes to my ignorance.

That answer does make sense to me and gets me what I need to work out from. I appreciate the time and attention!

Pretty much so am I, and it was someone else’s undergraduate astronomy.