An equipment catalogue for Flat Black

The last success I had with producing material for Flat Black was last May, writing the thing that a prospective player wanted: a succinct player’s introduction to the setting. The accomplishment was good for my mood, too. Now that the ridiculous obligations of the Christmas season are drifting past and will soon be over, and now that there is nothing around here left to burn, I think I ought to fill the unforgiving minute with another small writing project. Perhaps it will get my mind back into order.

Responding to the desires of someone who actually wanted to read the result worked well last time, and this time the thing that the reader wants is a shopping-list of Flat Black technology: weapons, armour & environment gear, sensors and communications, drones & robots, toolkits and survival equipment, explosives and demolitions gear, locks and security systems, biomodifications and disguise kit…. Within each category I have to cover both the standard articles of interstellar commerce made on DL 8 worlds and the inexpensive expedients substituted on undeveloped worlds where those are contraband or too expensive. Or in other words the stuff PCs want to use and the stuff they hope their opposition will be using. For a reminder, the system of development levels in Flat Black is based on the tech levels of its native SFRPG, ForeSight, modified as follows:

I’m going to be drawing a lot on ForeSight ch. 5, the vehicles in ch. 6, and the combat equipment in ch. 4, also on the “Drugs”, “Modifications”, and “New Products and Processes” section of ForeScene, but I will take the opportunity to formally describe a few Flat Black specials that have hitherto existed only by a spoken convention, omit some features that don’t suit Flat Black, and tidy up nomenclature. This is the time to decisively shed those technological features of Flat Black that were only included because of their presence in ForeSight or ForeScene.

One thing that calls out for tidying-up and new nomenclature is ForeSight’s progression of armour types. Everything up to TL5 is fine, but represents an historical progression of TLs that perhaps don’t map neatly to Flat Black, where village tradesmen in a poor agrarian economy have access to polyaramid fibres and epoxy as agricultural products. From TL6 we get dutysuit, mirrorsuit, impermasuit, impermaflex, impregnasuit, impregnaflex, invulnasuit, invulnaflex, and invincisuit in an opaque and somewhat confusing progression. It needs renaming at least, and I have some ambition to describe at each integer DL a grade of armour that can be disguised as clothing, a grade of flexible armour that can be worn with a degree of comfort and that might be suitable for police or long-term wear, and a grade of full-on military armour that makes no effort to be concealable and that provides maximum practical protection at the cost of weight, encumbrance, and comfort for sustained wear. “Jack”, “mail”, and “plate” for each development level.

And the thing that calls for a major reconsideration is ForeSight’s developmental history of small-arms, which goes, roughly, as follows.

The first half of that table needs historical/archaeological repair. As for the second half, I think it all needs reconsidering now that I understand a bit about laser-weapon physics, etc. I need to make a bunch of decisions about what is reasonably plausible, plausibly inevitable, and supports the purpose of Flat Black.

In your final table, should the TL column be Development Stage?

Well, it’s a summary of the tech levels in ForeSight, which were so named. Like Traveller, ForeSight assumed that an interstellar SF setting would be dotted with technologically backward planets, and that tech loss could be modelled by history in reverse. Moreover, Tonio Loewald intended ForeSight to be used in various settings at different removes into the future (Falls the Shadow, Stepping Stones, The Flawed Utopia) with different stages in the future development of technology.

When I rebuild this for Flat Black the first column will indeed have DL for TL, and the organising principle ought to be the sophistication of manufacture required and not the date of invention.

I’m going to review ForeSight, ForeScene, GURPS, GURPS Ultra-Tech (3rd ed. and 4th ed.), GURPS Bio-Tech, GURPS Space (3rd. ed.), GURPS Spaceships (4th ed.), Universe, and Traveller for technology suggestions, which I hope is a net wide enough to count as “research” and not as “plagiarism”. Does anyone have any other suggestions for sources that I ought to look at for plausible and suitable SF technology?

I think there are potentially disruptive ideas to be had here: 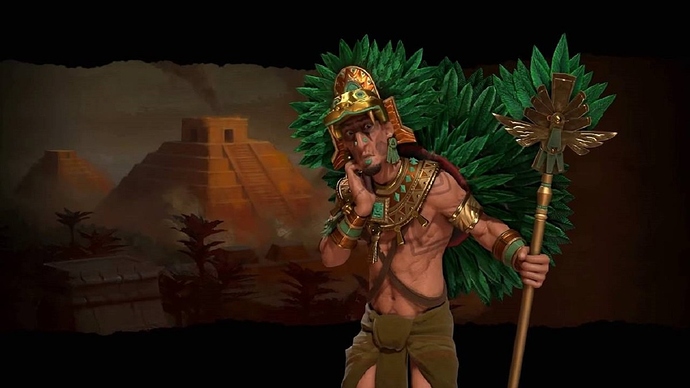 How strategy games have held on to one of colonialism's most toxic narratives, and how they might finally be letting it go.

Among other things, the article points out that a single tech tree (especially for historical games) locks one into a model of “progress” which is substantially outdated. One can do a bit by saying “advanced in biotech, retarded in materials tech”, and of course there are overlaps and prerequisites that cross fields, but there really ought to be more flexibility than that.

I do very much like your suggestion on armour - a focus on “what PCs are likely to want/meet” as distinct from “everything that’s available”.

As for guns: I’m going to be surprisingly non-simulationist here and say "what do you want them to do?" As I understand it the core premise of Flat Black is “offworlders come to a planet, do stuff, and go home”; most planets will be lower-tech than their own kit, though the occasional one may be higher in a scenario-interesting way.

So do you want your offworlders to be able to shoot down 200 pikemen without breaking a sweat? Do they have to guard their ammunition expenditure? Can their armour make them immune to AK-47s? Answer questions of that class, and I think the sort of weapon you want available to whom will fall out.

Among other things, the article points out that a single tech tree (especially for historical games) locks one into a model of “progress” which is substantially outdated.

Perhaps, but I’m not designing a generic game and certainly not a Civ-like game of historical development. In Flat Black there is a single suite of high-tech stuff because the Suite is united by trade. Simanta and Tau Ceti have very different technology if you consider what they make, but pretty much the same if you consider what’s available in their high-street shops and police armouries.

One can do a bit by saying “advanced in biotech, retarded in materials tech”, and of course there are overlaps and prerequisites that cross fields, but there really ought to be more flexibility than that.

ForeSight had separate “hard” and “soft” tech levels, of which the survival in Flat Black is the specialisation of the different colonies of the Suite (which originally had “+1*” tech level rolls in either “hard” or “soft”). The reason that I have gradually stopped paying attention to such details is that in a setting with interstellar trade it’s hard to justify the locals failing to import critical high-tech stuff.

I do very much like your suggestion on armour - a focus on “what PCs are likely to want/meet” as distinct from “everything that’s available”.

I have the glimmers of a similar idea about firearms, that there is a limited number of ergonomic archetypes for weapons. When Max Bertuzzi was drawing a Flat Black comic his first inclination was to draw Warhammer-style pistols the size and shape of a hair dryer, and I had to point out that huge handguns too big to wear in a hip holster don’t look futuristic or macho but impractical. Future sidearms might be more effective than contemporary ones, but they are still going to be solutions to the basic requirements of a sidearm: that you can wear it. I think I might end up with a sort of pocket pistol, police pistol, military pistol, shooting-range “pistol”, and maybe a crewman carbine, infantry rifle, marksman rifle, and sniper rifle format for each weapon technology.

Flat Black has always been into the ForeSight system of a template ~pistol or ~rifle to which modifiers can be applied, which is why I was less thrilled than others by Icelander’s prodigious list of specific weapons with brand-names, quirks, and bogus model history.

As for guns: I’m going to be surprisingly non-simulationist here and say "what do you want them to do?" As I understand it the core premise of Flat Black is “offworlders come to a planet, do stuff, and go home”; most planets will be lower-tech than their own kit, though the occasional one may be higher in a scenario-interesting way.

Mostly I want them to do the sorts of things that they do in a mystery story or one of Jack Vance’s planetary romances. That is, weapons allow the character who has one to force other characters to obey, hide, or run away for a short period while he or she concentrates on them, or to avoid him or her, or approach circumspectly.

The other thing is that I would occasionally like to feature little tactical quirks of different weapons technologies. For instance, you can draw a flintlock from a pocket and cock it to take an heiress hostage, but you can’t do that with a matchlock. Single-shot weapons constrain your ability to hold a roomful of heroes at bay more straitly than high-capacity automatic does. Cone-weapon warheads detonate on striking plasterboard or construction foam that bullets would shoot through. Laasers dazzle and blind on-lookers, but can’t focus through concealment such as smoke. Basically, I want different weapons technologies so that I can extemporise stories of personal conflict with more robust causation than “I rolled really well, so my character won!” or “I have saved a shitload of plot tokens so I’m a-gonna kick your arse!”

So do you want your offworlders to be able to shoot down 200 pikemen without breaking a sweat?

Not at all. The Empire refuses to transport weapons and military equipment between planets for reasons that are well justified Watsonially, but the Doylist reason is that I want to put PCs into a range of interestingly varied tactical situations by forcing them to use only the weapons tech available, and do not want them stomping around with big stompy out-of-context boots. Anyway, if the Empire did allow any goose of a PC to show up with lasrifles on Sehausie, the result would be that that Raven Lodge and Red Flower Lodge on Sehausie would import a couple of cases of TD autolascannon and dinosaur lasers. Pikemen would not be in evidence.

The PC in my current campaign spent his last adventure going John Wick on a gang of mobsters on Fureidis. He was using the same weapons tech that they were (auto carbine cone rifle, heavy quality cone pistol, fragmentation grenades, smoke, foamies), and had to rely on contriving tactical advantages and exercising superior skills. Even so, I found it dull to GM.

but represents an historical progression of TLs that perhaps don’t map neatly to Flat Black , where village tradesmen in a poor agrarian economy have access to polyaramid fibres and epoxy as agricultural products.

This is going to do odd and diverse things to the low DL world armament mixes. Since exotic worlds are desirable for gaming, this is a very good thing in general but a PITA for this specific project.

I suggest not specifying out the weirdness in detail but instead including a few examples at each DL with a caveat about the astonishing variety of low DL technical hacks based on the raw DL and mix biotech crops they ended up with.