News (and why it doesn’t matter):
44:45 SHUX! September 30-October 2. SVWAG on stage for two live shows on October 1.
46:25 We stream games on Twitch and rebroadcast those session on Youtube! Most recently, Anachrony.
47:09 Space Dwarfs aka “Squats” from Games Workshop:
https://www.warhammer-community.com/2022/09/13/welcome-to-the-big-leagues-who-are-the-five-biggest-leagues-of-votann/
47:50 Fuse: Countdown expandalone 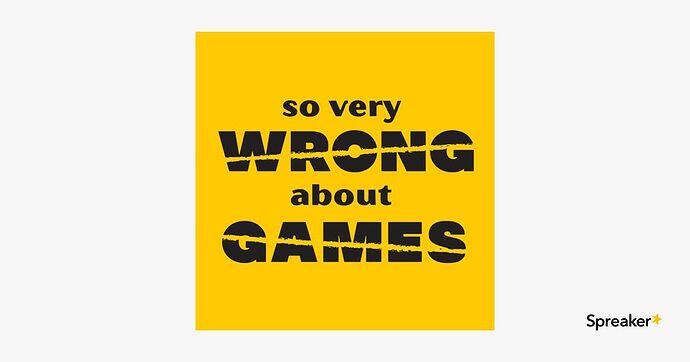 By campaign they mean a board game with a series of games. Rather than a kickstarter campaign.

A wargame campaign can consist of a series of battles - but if they’re basically the same forces, modified by the results of previous games, the winner tends to keep winning and the final games can become anticlimactic. The better ones don’t do this: usually, one side is the Hero Unit, and the other side is a series of opposition units. (1 vs all works well for this.)

A variant on gradually introducing Lots of Stuff is gradually introducing Lots of Rules – for example Perdition’s Mouth: Abyssal Rift, in which the first scenario uses only fairly simple opposition. I do want the first scenario to give me a realistic idea of what the gameplay will be like, but maybe it doesn’t need to use all the special-case rules.

For me V-Commandos gets this right: you can play a single terrain card, and that’s not a cut-down or restricted version of the mechanics; or you can play an operation which will chain together 3-4 terrain cards and have some special rules. But each terrain card probably takes about 30-45 minutes for experienced players, so playing a whole operation in one sitting is quite doable.

(I think one of the worst things about Star Wars is the way the universe feels small, because the same few people keep showing up.)