It is a strange thing for one’s hobby to be utterly infused with a nominally competitive structure. I would venture to say that knitters, for instance, devote precious little thought as to whether they can knit more or less well than their fellow crafters. Perhaps it is different for scrapbookers, I don’t know, they seem like a ruthless lot. 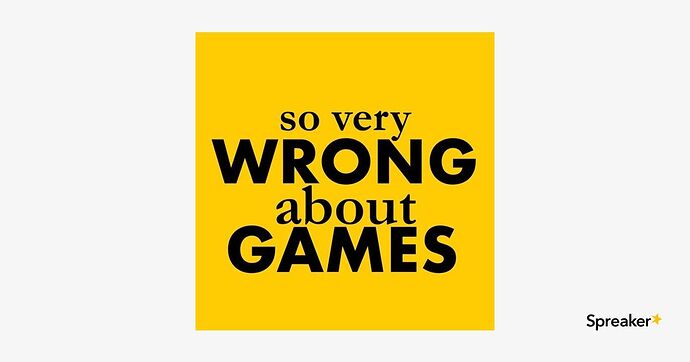 It is a strange thing for one's hobby to be utterly infused with a nominally competitive structure. I would venture to say that knitters, for instance, devote precious little thought as to whether the

Happy that Galaxy Trucker got a mention.

Bemused by the results they reported of over half their respondents only having fun when they win.

I was trying to describe my reaction to hearing that - bemused is absolutely the right word. I really can’t get my head around the idea that people might play multiplayer games regularly with the knowledge that they won’t have fun unless they’re winning.

If I play games with more than two players most of us are going to lose more than we win, so it’s been one of my considerations for a while that the game should still be enjoyable when one’s losing.

I tend to like games in which I can still build or achieve something even while I’m losing – one might say towards the “race” end more than the “direct conflict” end of the scale I’ve just made up. So maybe I’m hopelessly behind, but I can use the remainder of the game to practice my tactics for next time. (It seems odd to accuse Euros of having too much conflict, but I get quite frustrated by that sort of Euro where the leading players can end up rotating the important shared resources between them.)

When there is direct conflict, I like a relatively short time span between the moment of knowing I will inevitably lose and the end of the game – which is why I still love Onitama. (One can do this with a tradition of resignation, but really only in two-player games, and if I’m sufficiently outmatched I may not know when defeat is unavoidable anyway.)

When I was trying out new games every month at a boardgame café, I noticed that my own opinion of a game tended to be much higher if I’d won on my first play. So now I try to compensate for that.

I play to play. I don’t play to lose but I rarely play to win at any cost. I play to make “fine moves”. I play to explore the game space and to make “combos”. I get miffed only when I don’t get to do that because I got boxed in, that’s when I lose my enjoyment of the game when my choices are suddenly limited. It happens to me but rarely. Usually, when I played badly. Most times I can see what I could have done better. I get a bit miffed with myself then.

I win often enough that I do not mind losing or even getting trounced in a few games–especially when I am playing against people who know the game better. Especially when learning, losing is just part of the process. As long as I can see what I could have done better, I don’t mind. In some cases winning and losing may have to do with luck. Even games that allow for luck mitigating… and that’s fine. A few rare games where I’ve given everything and felt I played well and still lost… those did make me feel a little stupid for a moment or two. But the only thing I remember that qualifies is last year’s losing streak in Tash Kalar.

I know it may not seem like it now, but I find it helps to think of the all-too-common alternative: a partner who has absolutely no interest in games. Whenever I find myself jealous of people who found a gaming partner, I remind myself that I’m relatively lucky to be with someone who enjoys Dixit, and that’s not nothing.