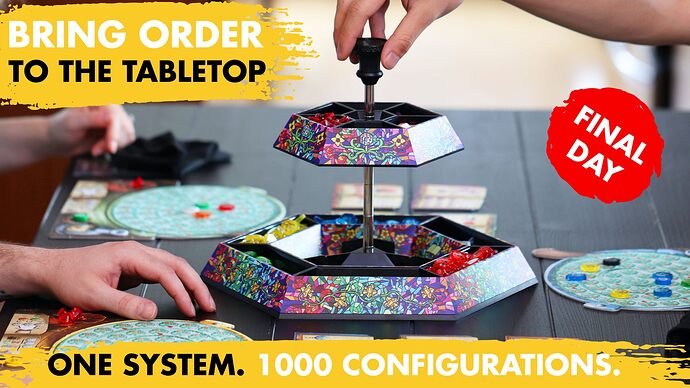 Anyone after an extremely fancy token holder?

I really have no business backing this as I’ve not played Arkwright yet, but it’s definitely the type of project I want to see more of. I don’t think it’s necessarily a good value proposition, as I’m guessing I’d be able to pick it up cheaper when it hit retail, but not by much.

Yeah I agree. It’s on the line. Can probably get it for a bit cheaper at retail, but the shipping isn’t crazy and the KSEs are just enough to make it worth a punt rather than umming and ahhing over retail Vs KS prices (whilst not being annoyingly exclusive to the detriment of the retail version).

I’d happily chuck it an extra $8 for better quality cardboard. It ain’t glamorous, but it’s one of the biggest improvements a game can have.

It’s official, I sent my email to cancel my pledge for Conan the Conqueror. Going to take the 10% KS fee hit, but it’s not the end of the world.

I really enjoy the base game, and think the core system is fantastic. The problem was it was never getting chosen over games with similar setup and play time (looking at you Mythic Battles). I have no problem collecting games, but my stance has always been that a game needs to hit the table at least occasionally, or at least be considered. Conan was not meeting either of those requirements, and with MORE Mythic Battles coming, I needed to make a choice.

Feeling pretty good about to be honest. Now I need to look at selling/trading our base game box.

Edit; Before it gets asked, no I’m not done with KS or big minis filled KS games, lol!! I just need to start weighing the reality of play/setup times for similar games. As Mythic Battles is one of my favorite games, other skirmish games need to be either different (Godtear, Skytear), or setup and play quicker (Warhammer Underworlds, Super Fantasy Brawl, etc). Again, Conan while fun, was neither of those (also Claustrophobia is a thing we own and love, so there is that too).

Edit 2: I also have Batman GCC which I got second hand for a steal, so there’s that too. Though its future may depend on what they do with Season 3, including the updated rule book by Paul Grogan (Gaming Rules).

“Look, we’ve got an overpriced pill sorter! It can be a hexagon, a partial hexagon, or an irregular hexagon! You can use it with a knob! Or use it without a knob! You can spin it around, and save all of two inches arm distance! And definitely nothing bad will happen if you perch all your bits on a spindle in the middle of the gameboard and reach under it! Or link all the holders together in a chain and try to hand it to someone! Also, we made the BoxThrone!”

Yeah, Imma just pass on this one, lol. Gave me a good laugh imagining the board game hell one could create with it though.

Also, we made the BoxThrone!”

Maybe IKEA make something equivalent but much cheaper

Distinguishes itself slightly from the standard “gather X, turn X into Y, turn Y into Z” sort of game by the spatial puzzle element.

It’s the spatial puzzle that still has me looking at this one after being on my radar for close to a decade, having first caught my attention way back when I was first diving into boardgames. Additionally, the key decision point of thinking, “Yeah, I could go for this” was when, in the Paul Grogan video, he was mentioning that half of the spatial puzzle had been removed in the sequel (presumably and not mentioned was that some, all or more puzzle could be reintroduced via chronicles); I think what always put me off of the original Glen More was how confined it felt to have to adhere to two different axes - both the river and the road – which is now boiled down to just a river in the base game, I believe.

Anyone after an extremely fancy token holder?

I really can’t understand who has enough problems with bowls to spend $90 on that monstrosity. It looks like a dip bowl from the '70s. 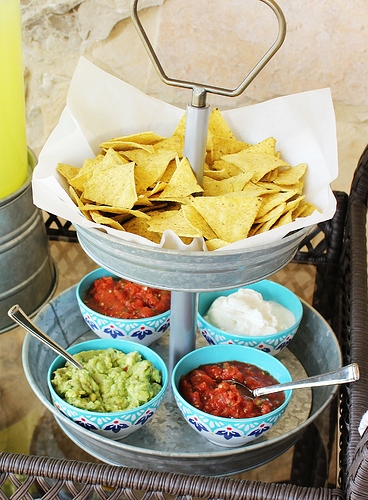 I’m enjoying all these comparisons with other things that people think it looks like!

I was thinking a cake stand, myself.

If I need to keep tokens tidy, I can just use some of the numerous glass ramekins I’ve saved from supermarket-bought creme brulee.

Much cheaper and I got to have creme brulee!

“Oh no, I accidentally dropped and broke one of the token trays… what a terrible, terrible, delicious accident… I guess I’ll have to buy more creme brulee”

Yeah, maybe. I’m still on the fence, but a really nice, flexible bits holder engineered to reduce friction with setup, play and teardown would be a value add for a whole load of different games. And that’s what they’re advertising. Whether it lives up to their hype is the question.

I would argue that homebrew solutions, like with homebrew storage solutions compared to third party custom wood inserts, are certainly a viable approach, but purpose built solutions are probably going to do the job better. Is that a luxury, sure. But it’s a luxury that can be worth it if you’ve got the money to hand.

I really like the silicone bits bowls from bgg and other equivalents. I find them massively useful for playing games. They are still comparatively expensive and less tasty than creme brûlée though.

Silicon muffin cases are the cheaper alternative. And no need to bake muffins first!

For sure. I don’t think the added convenience would be worth it for me at that price, but given the number of backers they have there are plenty of people who think it is.

As someone who spent 70 bucks on an insert to improve the table experience with one game (Gloomhaven), spending 70 bucks on something that could potentially improve literally dozens of games across years of play seems pretty reasonable. But, obviously, YMMV.

I agree, but for that much money I’d expect breathtaking aesthetics - something on the level of quality of Iron Clays. The prints on the side and shape of the trays look tacky and cheap.

With a bit more thought into form factor, and attractive coating, it would be improved immeasurably.

Glen More 2 was a big success in our house. The chronicles do add something nice to the game which does feel like it would settle into quite a monotonous rhythm after a few plays (we introduced a chronicle in our second play I think - but it was mostly a nothing addition) so I think the chronicles are really good.

I ordered one of those bits holders. I like the modularity and how it can be used as a dice tray but also has lots of holders that fit nicely together.

It means that I’ll be able to use it with lots of games and hopefully set it up as appropriate.