The game(s) that got you into the hobby

Oh, I love this question. I need to get my thoughts out and then circle back to read all your stories.

The narrative:
It started early as a way to spend family time together. Sorry!, Four Corners, Trivial Pursuit (my Mom never missed a pink, I stuck to blue and brown), even Life told a story and let you collect things and level up.

At some point we moved toward more strategic games. Obviously I learned Chess, I maintained an aversion to checkers after my grandfather thought the right way to train a five year old was to trounce him mercilessly. Othello was interesting but so fiddly and once we all realized the power of the corners it became awkward to play.

Stratego was a breakthrough point. There was a real space in that game - bluffing, memory, turn zero strategy. And I could honestly beat adults at it. I still love that one.

Then we enter the trashy years. Abalone was an item of interest and took me way too long to realize the game is broken (the only way to win is to not attack, and once everyone realizes this you just stare at each other across the table until someone decides losing is better than staying at the table any longer). But it was brand new to all of us, maybe the first time we really explored a new decision space together. That was special.

Axis & Allies was played in an overnighter format, where we would eat junk food and put on a boring movie in the background and play until 3am. This one really cemented in me how a game can pull you together socially. The memories are real and meaningful, even if the game is sometimes trivial.

Torpedo Run and Fireball Island were so evocative, they introduced me to the imaginative, storytelling side of the hobby. A little gem called Peg Poker entered my early collection where you rolled dice and tried to assemble poker hands with them, then logged them on a tic-tac-toe board. You could be kicked off a space by a higher hand. This was my first time experiencing the joy of analysis paralysis and min-maxing, spending time with a game alone.

Arena. Anyone fall into this? It was a D&D style 1v1 on early AOL which my friends and I played with pen and paper. From this we got OH MY GOD THE ARGUMENTS I swear to this day that die was cocked. It was cocked and he and I aren’t talking anymore, probably for other reasons but this may bake into it somehow. But also my first taste of role playing, spells, and leveling up.

High school gave way to a lot of card games in the hallways. Screaming Yoda, which it took me 30 years to learn was actually called Shithead but I learned it at Church camp, so… And then Canasta, Mao, Big 2… We played a lot of cards and modified all the rules and made up our own 2p variants and multi-deck variants. Then Magic the Gathering which none of us could afford and I always lost to my friends with higher allowances.

Things took a big pivot in 1995 when a friend gifted me Settlers of Catan for my birthday. This was my first eurogame. I’d never seen anything like it. Still have that copy, frayed and worn. I, for one, still love Settlers and will to my dying day.

After that, Puerto Rico, Carcassonne, Blokus, and eventually Tigris & Euphrates which remains my favorite game.

Of the early trio, Settlers remains truly beloved. Puerto Rico I never liked but have so much nostalgia for it, I can’t bear to part with it. Carcassonne I’ve never liked and I hold onto it because I, before I die, need to figure out why everyone else likes it.

My friend had this. We played it once. I lost. All I remember is Dragons?

Nope, it was what later got rebranded as Vampire: the Eternal Struggle, a collectible card game. We preferred it to Magic, probably mainly because it was made to be a really good 4-5 player game. I also liked vampires.

Heroquest first, and then Advanced Heroquest cemented it.

Lots of Connect4. Also Stratego, Cluedo and Chess, because they were in the house. Ghost Castle. Fairly sure I had Crossbows and Catapults. Vaguely remember having the Dragonlance boardgame with many dragons on height tokens. I was, and remain, absolutely terrible at Othello.

In terms of coming back to it later, Eldritch Horror and Lost Cities.

Got into the board gaming as a hobby due to two things, I don’t know which one came first as my memory is always unreliable.

1.) I took up tech as a career path, and I decided that the last thing I want, after working all day in front of a screen, is to stare at a screen watching something or playing something. I visited a board game group.

2.) Wil Wheaton’s Tabletop was important to me. It was the episode of Small World that was suggested by the all-knowing YT algorithm. I watched it and I went ahead and bought Small World the board game and the app. Despite its colourful fantasy theme, it’s out and out old-school German game which I am still fond of, based on nostalgia. I also watched Dead of Winter episode and bought that as my 2nd game.

I guess the games that got me into board gaming would be 4000AD and Cosmic Encounters. There are probably a couple of others, I do remember playing a lot of the Dune board game based on the Lynch movie.

Interesting, I met both of those when quite young but they never really took with me. (Very few people seem to have heard of 4000AD now.)

I too was quite young. I’m not sure how 4000AD would play nowadays but I liked the idea of representing 3D space on the board. That and the hundreds of little plastic tokens to move around on the grey plastic transporters are about all I remember of 4000AD.

When I left that job I was given Dominion and Forbidden Island as leaving presents. Haven’t looked back since.

That and the hundreds of little plastic tokens to move around on the grey plastic transporters are about all I remember of 4000AD.

The thing I particularly remember is the movement: you load up the transporter and tag it as coming from “red sector A” or whatever, and then next turn it can arrive in any of the sectors adjacent to red-A, the turn after that any of the sectors adjacent to those, etc. (Star Trek Ascendancy, which I’ve PBF-ed a few times here, has a similar approach to warp movement.)

That is indeed it. Well remembered sir!

Welcome, Jay! I hope you won’t be gone in a…flash. 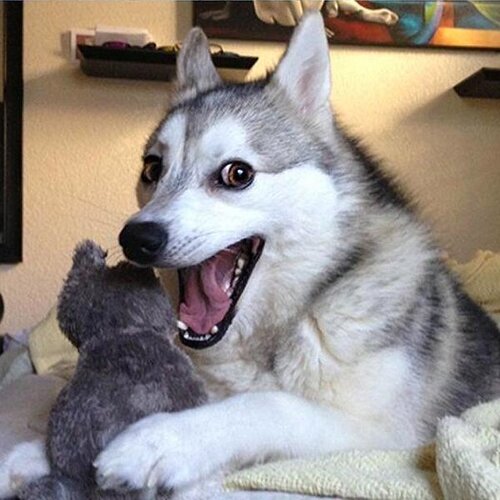 Yes, that was indeed the best flash joke I could think of.