Obviously includes the existing two expansions (Marshal & Prisoners, and Horses & Stagecoach) (but not the Time Travel Car promo). The new bandit “Silk” will apparently be available for purchase later, and they’re talking about a new expansion “2 Trains, 1 Mission” next year. (Looks as if “Indians” has been permanently abandoned, probably for the best.) 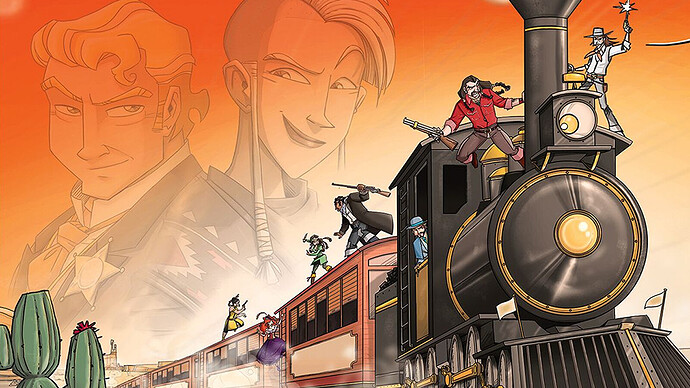 Jump aboard a newer and much larger Colt Express with the upcoming Big Box edition that’s set to be released later this year. 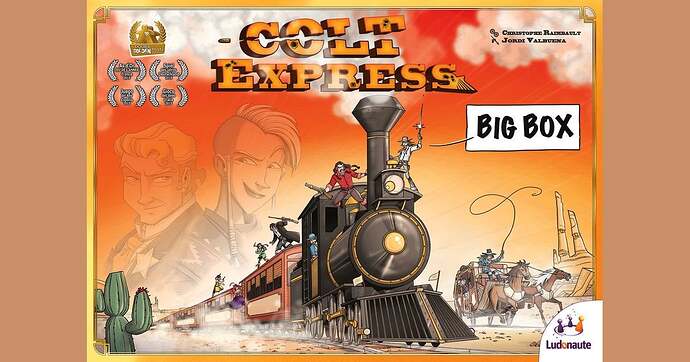 Exploding Kittens has bought Happy Salmon from North Star Games, and will release a new edition later this year “with an Exploding Kittens twist”. So if you want a copy, probably buy it now. 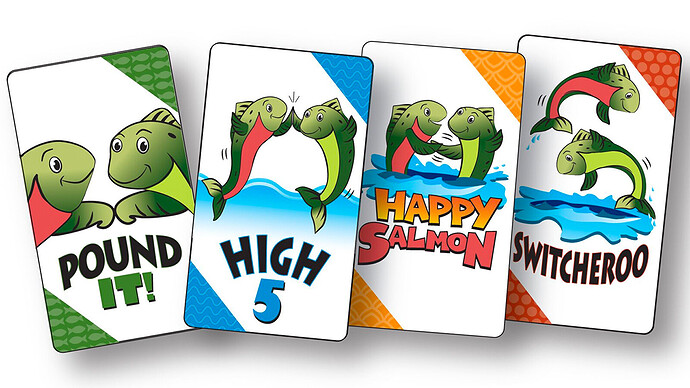 Energetic party game Happy Salmon is being re-released “with an Exploding...

2016 release is the first external project picked up by party game studio.

Sad that it’s a box of what I already have, and not a full collection of the bits I’m missing (the bandit expansions and promos)

Yeah, the robobandits were probably overpriced but I’m glad to have them. I don’t have any of the other promos beyond the Time Travel Car.

they’re talking about a new expansion “2 Trains, 1 Mission” next year 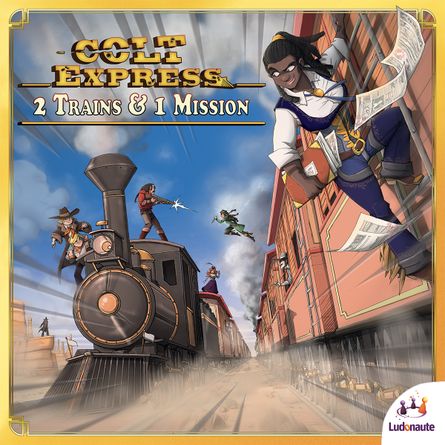 Double Up on Colt Express, Travel with Precognition, and Build 1001 Islands |...