I am sitting–at this moment–in the final retrospective for my team at work. And looking back at the year the team identified one real issue we had (the team is fantastic): we had this one terrible workshop for a certain feature implementation and everyone felt stressed and awful for a sprint or two.

Here’s my question: we want to train to be better at this. Are there any (cooperative) boardgames that would facilitate such learning/training?

(We have semi-regular online game nights already with games like Codenames & skribbl.io)

There were reasons for the shitty workshop:

So the last one is the one we would like to work on and while we can just try to workshop more for smaller topics everyone agreed it would be nice to practice in a gamified way. So I am looking for games that might teach us a little bit about communication… boardgames have clear rules though (too clear? is my thinking) so it is probably better to have some RPG element… where people need to formulate a plan and then execute it. The plan formulation being the equivalent of the workshop.

Possibly we could just play Pandemic and analyse how we succeed or not. We have at least one Alpha-gamer type person in the team (due to their immense knowledge of the software)…

I am just trying to pick all your brains if maybe you’ve done such experiments at work/school etc. in using games to train or teach people.

My usual feeling is that alpha-gamer is a social problem more than a technical one, so the coop games I like tend not to take steps to avoid that. With that proviso, I’m still a bigger fan of Flash Point than of Pandemic; it feels to me like a more readily understandable model, rather than Pandemic’s “why do I need to be in London to tell you about what’s happening in London”.

Though I’m hearing quite a bit good about For Science (NPI and SVWAG have both covered it) and that might be more along the lines of jointly working on a larger project.

It is also maybe more alike to what techies do… problems are fires…?

I have a couple of friends who’ve played Magic Maze once and said “never again, this is not fun”. I like it…

I don’t enjoy it either. Especially after I heard she uses it at work.

I was looking at our offices Microsoft store to see what software was authorised by us and I came across something called “scrum poker” or “sprint poker” or whatever. I was pretty curious and it seems like it might work for some off the stuff for a few reasons.

Mainly everyone has to contribute a guesstimate of something and this means everyone’s perspective gets extracted.

In terms of board games I feel like the thing you’re vaguely describing sounds a bit like how So Very Wrong described Roll Camera. Maybe siege of runedar?

For some reason what you describe also feels like fake artist goes to New York might work.

We use this one: https://www.scrumpoker-online.org/
It is an agile tool that is used to have a team estimate stories/tickets. It uses Fibonacci numbers (and sometimes other things like Coffee cups and Infinity symbols). There are variants that use T-shirt sizes.

The general “play” is to present the thing that needs an estimate and then everybody secretly places their card, everybody reveals and then the people with the lowest and highest estimate have to explain why they “played” that.

It is very very useful. And very easy and it helps integrating new people into the team. I was playing along from the first day I joined the team. It also teaches communication. If guesses vary wildly for example the story is often unclear.

I highly recommend the technique because it helps having better estimates and it helps not having to do a bunch of these alone. Shared responsibility is great.

PS: we’re a scrum team with pretty good scrum and great team spirit. This is really nitpicking at the one bad thing we could identify happened this year…

Actually, you are right. This is maybe a really good game for that. Thank you. I will take a closer look (I have Roll Camera and the expansion) and evaluate this. (Also I am currently working for one of the subsidiaries for German public broadcaster… so movies while not our thing are thematically adjacent.)

we’ve actually played this at one of our game nights and it was fantastic. that is true. we need to play more often.

I don’t personally use it but it might have value in the future. Although we work in a single office sometimes it feels like different departments are different worlds.

I particularly liked the idea of the wild steps between cards but also this idea that with enough contributors doing things anonymously (ish) you’re most likely to find road blocks or disasters down the road. Especially From people who are less likely to pipe up without a card prompt (they make decisions way before having to verbalise).

I particularly liked the idea of the wild steps between cards but also this idea that with enough contributors doing things anonymously (ish) you’re most likely to find road blocks or disasters down the road. Especially From people who are less likely to pipe up without a card prompt (they make decisions way before having to verbalise).

In general I find that it helps very much to feel as a team when you share the responsibility for the estimates. And you get talking and even people who do not necessarily have the same level of knowledge can participate.

Anecdotally, back at my job over 12 years ago our tester who as part of a team, but not a dev and had no software dev skills at all, used to always have the estimates that we ended up using. He just knew from sitting in the same office how long we would need for a given thing. It was wild and impressive.

PS: estimates don’t need to be right all the time, just on average.

Wonder if something like captain sonar could work. Everyone has a role and contributes to the success but it would mean division of the team into two.

How many people are we talking about? 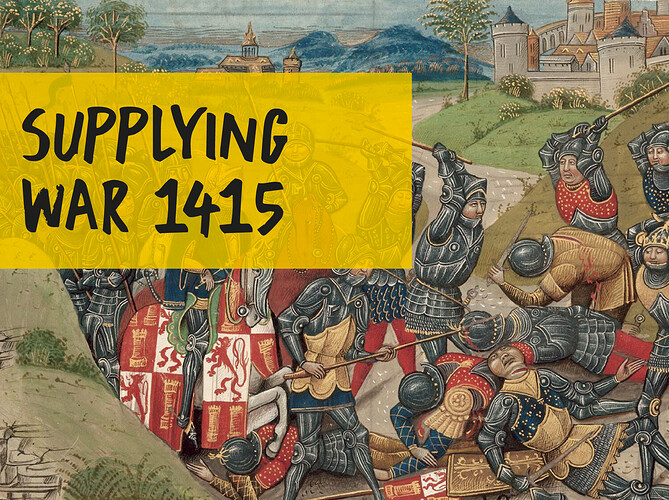 The medieval English Army has to march rapidly to Calais from Harfleur – but what should it bring with it? A quick game on decision-making and logistics. FREE

We are currently 7 devs on the team, possibly some of the team associates might consider participating like the product owner, scrum master, product manager, team manager… but they also might just watch/facilitate/moderate. The main group that needs to „train“ are the devs.

people who react badly to time

I first encountered Magic Maze when they launched at Essen. Their demo space was two aisles away and we’d heard occasional banging. I wandered past as the halls were closing and chatted; one of their demo people said they’d lost three tables that day to excessively enthusiastic red pawn use.