Episode 69: Fire Has To Mean Something

This month, Mike and Roger revisit RPG-a-Day, and consider some possibilities for role-playing without violence.

Michael says “I meant the mountains between Caithness and Zahud obviously”. Well, obviously.

Music by Kevin MacLeod at incompetech.com and other royalty-free sources.

Hello chaps. Long time listener, first time poster (LTLFTP). I was intrigued by the answer Roger gave to one question about his gaming having died and been resurrected. I didn’t quite understand what that meant and I’d be very interested to hear him expand upon it and explain it a bit. Michael then discribed it as ‘the centrepiece problem’ which I must confess I didn’t understand either. What’s that about?

Cheers and keep up the amicable discussion,

It was a shorthand for what I was talking about just after that - in a train on the way to a game, I suddenly felt that I had no idea what I was doing or how I was doing it, and I had to re-invent my role-playing from scratch. This may not have been strictly accurate, but it was my impression; certainly since then I’ve felt I have to work at game preparation rather than being completely improvisational about it.

Ah, no it was the explanation that I didn’t understand. That you suddenly didn’t know how, or had forgotten how to GM? That sounds quite bizarre.
That said, I had a similar epiphany myself many years ago when In the middle of a dungeon crawl I realised that I couldn’t just throw any old nonsense into a room to wait for the players anymore. That was more to do with my players reaching a stage where they needed something more sophisticated and with more (or any) internal logic.
Also, what is the ‘Centrepiece problem’ that Michael referred to?

I knew the game mechanics and stuff like that, but what had previously been automatic - working out how to put elements together to make an interesting game - suddenly turned into something I had to do consciously.

Ah! The Centipede problem - the idea that if it actually thinks about how it’s organising its legs while it walks, it’ll stop being able to. 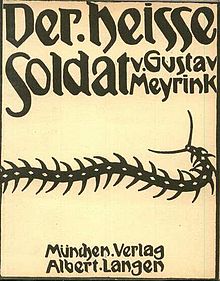 "The Centipede's Dilemma" is a short poem that has lent its name to a psychological effect called the centipede effect or centipede syndrome. The centipede effect occurs when a normally automatic or unconscious activity is disrupted by consciousness of it or reflection on it. For example, a golfer thinking too closely about her swing or someone thinking too much about how he knots his tie may find his performance of the task impaired. The effect is also known as hyper-reflection or Humphrey's law...

Okay. I think understand now. Thanks for explaining.

Roger made a critical error with his inspiration for a new game mechanic; you should not give a villain Villain Points for monologueing; you should give the heroes Hero Points for listening to him.

It’s basic economic psychology; you need to create incentives for a desired goal. If the heroes know that the villain is profiting from indulging his compulsion, they’ll go all Shut Up, Hannibal the moment he opens his mouth. In fact, they’ll probably load up on Silence spells. If they profit from it, on the other hand, they’ll respect genre conventions.

Good point, but I think the villain needs to get a benefit too, or (assuming he’s read the Evil Overlord list and employed a five-year-old child to spot the flaws in his plans) he has no reason to do it.

“… that a +1 is worth substantially more in terms of probability in the middle of the range than at the ends,” is a feature, not a bug. As Michael points outs, it means that it’s harder to get better when you’re already really good (+1 to a 15 gives you less of a bump than +1 to a 10). It also means that if you already suck, needing to roll 5 or less, bumping that up to 6 isn’t going to do too much. To an expert or novice swordsman, a +1 magical sword doesn’t improve things much, but it can make a middling swordsman a pretty good one.

Some claim it’s easier to know “this +3 adds 15% to my chance of success” with a d20, but do people really think of it that way in the heat of the game? Or how many gamers are of the “Don’t tell me the odds” mold?

@Sexagesimalian (welcome!) - well, that’s one model. Some magical swords seem to add proportionately to skill; others work best in the hands of the novice. The Gaussian model imposed by using linear modifiers on the sum of multiple dice forces everything into that S-curve mould, and not everything necessarily should be.

For example, my own experience of learning things is often that the first steps are huge, giving me a basic competence very quickly, after which it’s diminishing returns with time - as though my 3d6-rated skill were starting at 10 or so. At the same time, while I’m at that basic competence level, the slightest obstruction can be utterly confounding.