Digital Pandemic has been removed from sale 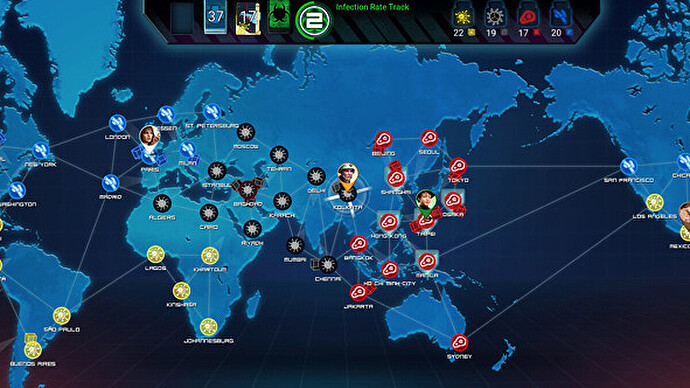 Digital board game Pandemic has been removed from sale "for a multitude of...

More a public information post than anything -make sure you have a copy downloaded if you own the game.

I bought this in the Asmodee Humble Bundle, so I’d best make sure I’ve downloaded every bit I’ve bought just in case.

What if they just do not have the rights anymore? My copy on iOS is listed as F2ZDigitalMedia. A quick check on Terraforming Mars app has no credits listed. I assume that both apps were sold under the Asmodee Digital label and funny enough Pandemic is still listed inside the TM app as „look here are our other games“ and I was still able to buy the virulent strain expansion in my app…

Pulling the game ‘for reasons that can’t be disclosed’ has all the soundings of some kind of legal dispute. Wonder if we’ll ever find out what’s going on behind the scenes.

Alternatively, a disgruntled employee destroyed the codebase before they left. Apps have to get updated for certain store compliance issues all the time, so if you don‘t have the sources anymore that could be hard to do. Just speculating.

Or they got hacked.

Nah, I vote for legal dispute.

It sounds like some legal shenanigans, but it would be poetic if a disgruntled ex-employee had released a virus onto their servers…

Pandemic's digital version was removed from stores by publisher Asmodee Media to make room for a newer, updated version.

My translation from corporate-speak: starting to get incompatible with newer devices, not pretty enough for the current look, and updating it would only generate long-tail sales not the big sales they’ll get by putting the same people to work on a new game release.

I do remember there being a bit of a furor on the BGG forum over an app update a year or two ago that people claimed made it unusable. If it really was that bad, I am surprised it wasn’t pulled sooner.

On at least one game publisher forum, the comments on the Asmodée Digital implementations of their games have been universally negative. Never played one myself.

The Isle of Skye and Game of Throne apps are quite good, IMO, but I think those are the only two Asmodee Digital games I have, so can’t speak for others.

Shortly after one of the Humble boardgames bundles a friend and I thought we’d play some pandemic Pandemic. We were quite disappointed that it didn’t have remote-play as an option, only hotseat. We had to faff with Steam to approximate remote play. All in all quite disappointing.