Board game use suggestions for 119 plastic babies please

I have come into the possession of 120 multicultural plastic babies. 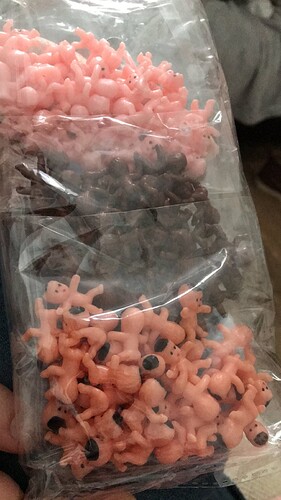 I only need one of them for my current totally not weird purposes so I’m asking for suggestions for the other 119. They strike me as being the right size for board games but I can’t quite think in what capacity. It occurs to me that they’re about the right size for ships in Star Trek Ascendancy. You’d need a faction that weaponises giant space babies though, maybe a 2001 Space Odyssey faction? Another suggestion so far would be as life counters in any game that uses them.

That might actually be too terrifying for me, but it’s a very good suggestion.

In fairness, I don’t think I could handle it either! My reply was a short as it was because I was trembling through nervous laughter too much to type more. That image is nightmare fuel!

Alternative ammunition for a game of Crossbows and Catapults… 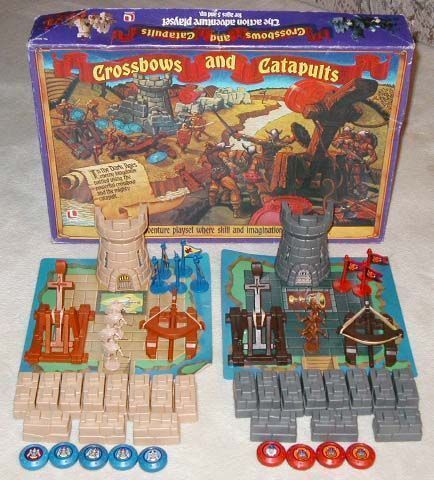 Energy counters for any sort of game involving magicians.

The Awful Green Things from Outer Space. Actually these aren’t the ideal ones for that, but Amazon also lists these: 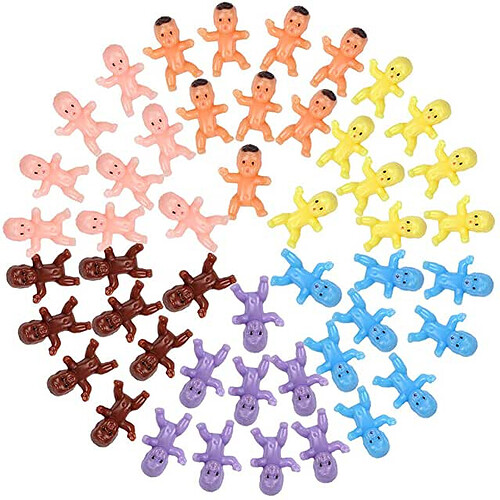 Not boardgame-related, but 119 offensive keyrings?

Kill markers, with a bit of judicious gluing.

Upgrade for any game involving meeples?

Scratch that, glue them together for a horrifying new monster for Bloodrage/Rising Sun.

Would they work in place of the little balls for Hungry Hungry Hippos?

I cannot believe nobody is suggesting Game of Life??

A sinister expansion pack for Pass the Pigs?

A very difficult version of Jenga?

Surely there must be an Industrial Revolution worker-placement game that could make good use of them?

Replace the lemmings in this one? 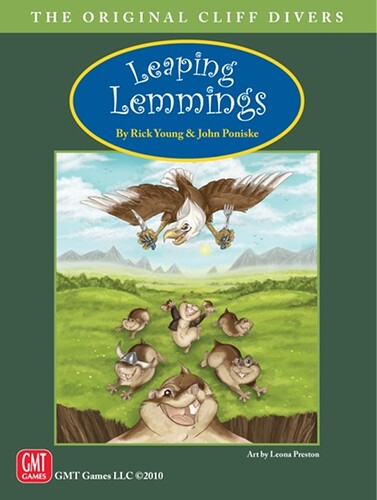 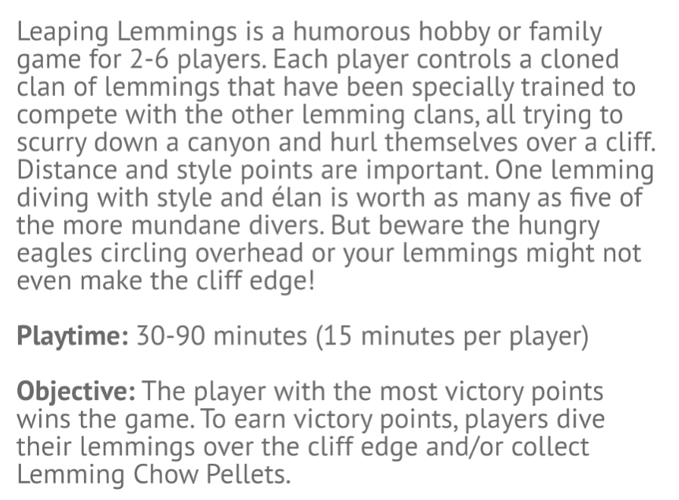 In five different colours you could use them in the excellent Lemminge.

I have nothing sensible to add.

Why don’t we ask the Shut up and sit down supercomputer?

I have nothing sensible to add.

If I took that as a motto I’d never contribute anything.

Well, I have so many suggestions now I’m -almost- glad I have the bloody things. Although I’m still recovering from the Zombicide idea.